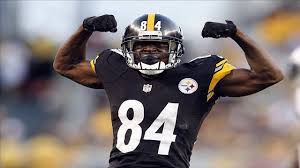 We’ve reached the third of our Training Camp Battle installments and today the focus is on the wide receivers. If you missed the first two, click here for the quarterbacks and here for the tight ends.

I feel very confident in telling you the wide receiving corps will be one of two things; it will be boom or it will be bust. I believe this because we know what Antonio Brown can do and we know what Lance Moore can do. The problem is that we really don’t know much beyond those two veterans.

AB is your far and away number one receiver. He more than proved he could be a number one in this league last year despite is size by heading to the Pro Bowl. Moore is a polished vet who knows what being in the NFL means. With the loss of veteran Jerricho Cotchery to Carolina through free agency, Moore’s presence is welcomed and probably needed.

The only question I have with Moore is regarding his position. Will he be a number two or a number three? I believe Todd Haley and Mike Tomlin would prefer to have him as a number three guy who can be in the slot and move across the formation. The problem is who will step up to be the number two if Moore is the three?

In terms of guys fighting for realistic roster positions, Justin Brown, Markus Wheaton, Derek Moye, Martavis Bryant and Darrius Heyward-Bey would be the top candidates. Also in camp with the Steelers are Kashif Moore, Lanear Sampson, Danny Coale and C.J. Goodwin. I don’t see much happening with those final four though.

Coming out of OTA’s this spring, Justin Brown, the second year man from Oklahoma, was probably the hottest name. His improvement was evident in everything from catching the ball to his route-running. Can that translate into a roster spot in 2014?

The guy with the most pressure to produce is Markus Wheaton. A third-round pick in 2013 from Oregon State, Wheaton struggled with playing time and then ultimately a severe finger injury which is reportedly still giving him problems. In a perfect world, Wheaton and/or Moore are the numbers two and/or three receivers but Wheaton has a lot to prove.

Speaking of perfect worlds, wouldn’t it be great if rookie Martavis Bryant picked up the offense and took over the number two spot? At 6’4″ 211lbs he would be the tall receiver the offense has lacked these many years. Throw in the fact he is extremely fast which has drawn comparisons to Randy Moss, and you’ve got a big time receiving group.

The reality is that Bryant is still very raw and I don’t expect much from him in his rookie season. There could and should be some packages in the red zone for him but other than that I’m not expecting much from him in 2014.

Derek Moye has kind of been the odd man out. He showed some real promise last season but only played in six games. He had two catches for 20 yards including a touchdown but disappeared after that. At 6’5″, Moye will try to challenge both Brown and Bryant for the position of ‘tall receiver.’

Perhaps the biggest ‘x-factor’ is free agent Darrius Heyward-Bey who has spent time in Oakland and Indianapolis. The size and speed are not the problem with Heyward-Bey. It’s the dropped passes that have haunted his career to this point. Can he turn things around and become a factor for this team?

My feeling is no. The only way I see him hanging on is if the younger receivers struggle or there is a rash of injuries.

The one final guy to discuss is third-round pick Dri Archer. He is currently listed as a RB/WR and if he is used correctly, he will be this team’s version of ‘Slash.’ There’s no question Archer makes the team and in my opinion he should be used in the slot as much as possible rather than as a traditional running back.

If the Steelers choose to go with five wide receivers, which they should in my mind, then Brown, Moore, Wheaton, Brown and Bryant are the guys. If we are talking just four, then a decision will be made between Brown and Bryant. Either way, expect Archer to bounce back between running back and receiver.

Polamalu Part of Three Keys for the...