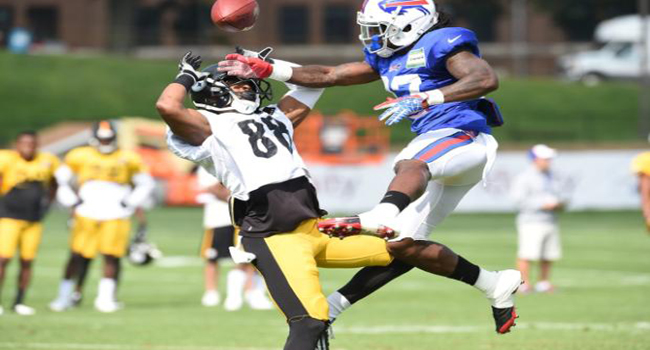 -Don’t forget today’s practice with the Bills is not at the usual start time, The two teams will go at it at 530pm this afternoon and that’s Eastern Daylight Time for those keeping score at home. As is my custom, here is the official training camp guide from steelers.com.

-Keeping in mind the ugly incident between the Cowboys and Raiders, Mike Tomlin addressed both his team and the Bills prior to practice yesterday. These were his comments following the practice; “I thought it was great practice and great etiquette. … It doesn’t get reported enough. We like to turn on the TV and see gory, unfortunate incidents like what happened between Dallas and Oakland,” Tomlin said. “We’re here to prove that teams are capable of coming together and doing it in a productive and professional manner, and I compliment both teams for how they did it today.” (Courtesy Alan Robinson, Tribune-Review)

-Long snapper Greg Warren may have a significant leg injury. This is according to Coach Tomlin.

-If you want the view from Buffalo then check out www.buffalorumblings.com.

-Not participating in practice Tuesday was Vince Williams (concussion), Will Johnson and Will Allen (hamstrings).

-Listened to Tunch Ilkin and Craig Wolfley on Steelers’ Nation Radio yesterday. They too think what I’ve been thinking in that Rex Grossman coming to Cleveland clears the way for Johnny Manziel to start and for Brian Hoyer to be shopped around the league. Grossman knows the system of Kyle Shanahan and can help Manziel navigate the waters of the NFL better than Hoyer.

-The Tribune-Review’s Mark Kaboly offered these observations from camp yesterday… Todd Haley very angry today. Most animated I’ve ever seen him. Yelling at everyone… Brad Wing not having a good practice… Watching Sammy Watkins for 10 seconds and you can tell he is in another level.

-Good article on Marcus Gilbert from Dale Lolley of the Observer-Reporter. 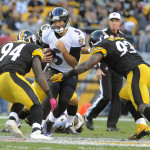 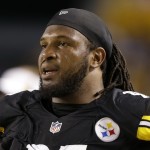