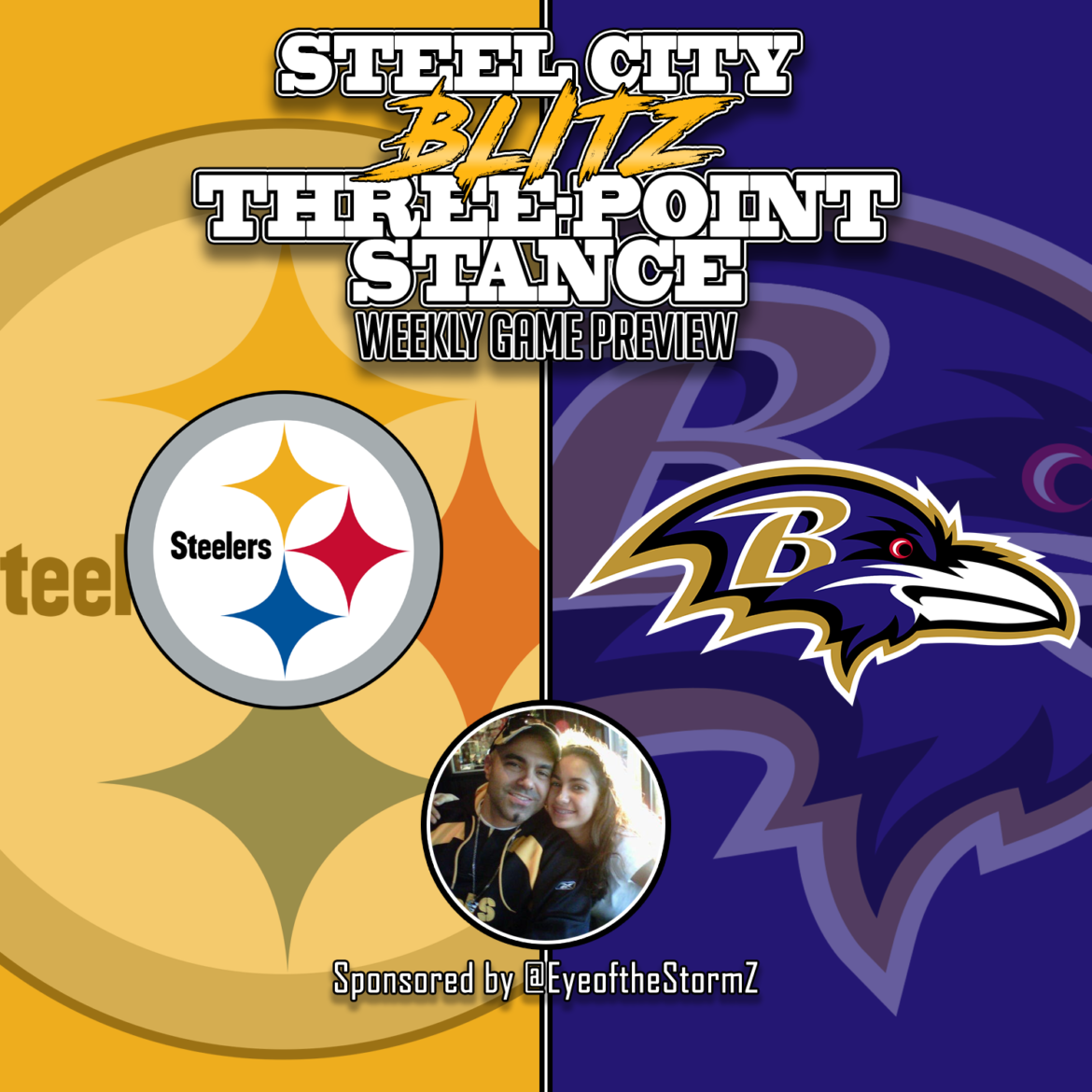 This is the Steel City Blitz Three-Point Stance. Your quick-hitting reference guide to everything you need to know about the Pittsburgh Steelers and Baltimore Ravens in this week 17 matchup. The TPS is sponsored by @EyeoftheStormZ.

Weather: 46 degrees and a 40% chance of showers

Last Week: The Ravens defeated Cleveland 31-15 in Ohio while the Steelers lost 17-10 to the Jets in New York.

TV Coverage in Your Area: Check the506.com to see if the game is on in your area.

Head Official: Bill Vinovich, a certified public accountant, is in his 14th season as an official. He officiated the Steelers’ week four game against Cincinnati calling a total of 12 accepted penalties, eight of which were against the Steelers.

This Week in the AFC North: Cleveland at Cincinnati 1pm

What You Need to Know: T.J. Watt was named the Steelers Team MVP by his teammates… Mike Tomlin is 14-14 all-time against the Ravens while John Harbaugh is 13-13 vs the Steelers… Watt needs two sacks to tie James Harrison for the team record of 16 in a season… Bud Dupree recorded his tenth sack of the season last week… Pittsburgh is 43-39 all-time in season finales. They are 22-34 on the road and are 1-2 all-time when wrapping the season in Baltimore… The Steelers have won 11 straight season finales.

What’s at Stake: For the Ravens? Absolutely nothing. They have clinched home-field advantage throughout the AFC Playoffs. The Steelers need a victory and a Tennessee loss in Houston to make the postseason.

Give Duck a Chance. If the Steelers are going to win they have to do things offensively that help Duck Hodges. In recent weeks, they haven’t done this. Simplify things for him by using more screens, short crossing routes, draws, delays and call passing plays that always give him a safety valve. Get him outside on a half-roll where he only needs to read half the field and can tuck it and run if necessary. I realize the offensive line was built to protect Ben Roethlisberger but by this point in the season they have to be able to adapt and do some other things to help the guy who is on the field. Randy Fichtner has to vary his first down calls. Every series shouldn’t start the same and if they do then shame on Fichtner. We’ve clearly seen that Hodges has to play even or with a lead to have a chance.

Pull Out All the Stops. If you’re the Steelers you have to win. You can’t do anything about what happens in Houston so therefore Mike Tomlin should leave everything on the field. If there’s an appropriate time for a trick play then use it. It’s fourth and two at mid-field? What do you have to lose? Pittsburgh is not going to win this game by being conservative. Defensively, you have to do what you do but Keith Butler can’t hesitate to bring more pressure than usual or get creative with his pressure. If you get beat being aggressive then so be it.

Make Griffin Beat You. The Ravens are a run-first team and that’s not going to change because Lamar Jackson and Mark Ingram are sitting this one out. Gus Edwards is a capable back who carried just 112 times in 2019 but he did so for over 500 yards and an average of over five yards per carry. He will likely see the bulk of the workload but I also expect to see Justice Hill who has seen more touches in recent weeks. He provides more speed and the Steelers have to bottle him up. RGIII is not Jackson by any stretch but he will still run RPOs and the Steelers will need to account for that but the goal here is simple; shut down the run and make Griffin beat you through the air. If he’s able to accurately hit his targets then the Steelers can tip their cap and pull out the golf clubs. If they force him into poor throws with pressure and indecisiveness then they’ll stand a decent chance Sunday.

Prediction: I mean no offense but when you have “no offense” your chances at victory are slim. This is exactly where the Steelers are heading into the finale. As I stated above, Randy Fichtner has to help Duck Hodges and he also has to be willing to take risks in order to win the game. The Ravens may be playing for nothing but don’t tell John Harbaugh this. For him, it’s still his biggest rival and his team will not sleepwalk through this game. I expect a valiant effort by the Steelers but when you can’t create points you can’t win.