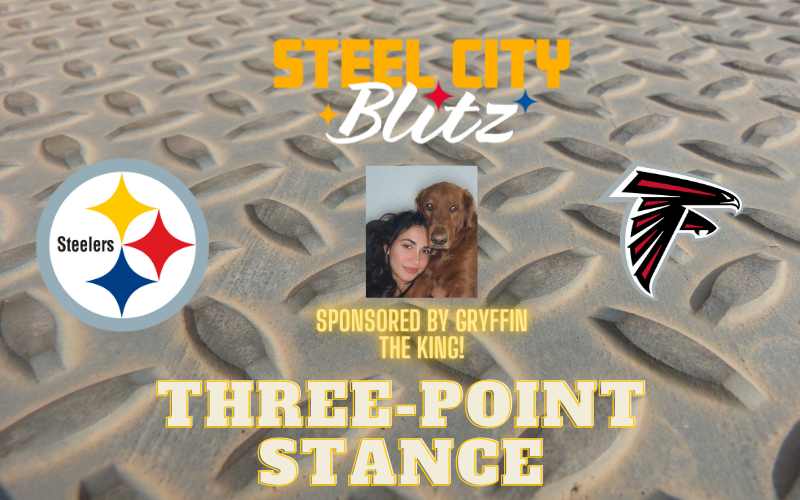 It’s week 13 in the 2022 National Football League season. This week the Pittsburgh Steelers fly down to Georgia to take on the Falcons in Atlanta. Here’s everything you need to know for the game!

What: Pittsburgh Steelers 4-7 at Atlanta Falcons 5-7

Last Week: The Falcons lost 19-13 in the nation’s capitol while the Steelers defeated the Colts in Indianapolis 24-17.

TV Coverage in Your Area: Much of the South will get this one but that’s about it. Check 506sports.com to see if you’re getting the game.

Head Official: Ron Torbert. Torbert is a Michigan State Alum in his 9th season as a head official. The Steelers have not seen Torbert since December of 2020 when his crew called their game against Baltimore which resulted in 12 accepted penalties.

Injury Notes: As we’ve been saying, Watt isn’t going to be 100% for the remainder of the season and his tender ribs now only validate this further… Warren’s availability will be crucial in terms of the running back rotation and blitz pickup.

*ATL has played 12 games and has yet to have their BYE.

This Week in the AFC North: Broncos at Ravens 1pm ET, Browns at Texans 1pm ET, Chiefs at Bengals 425pmET

What’s at Stake: For the Falcons, they may be 5-7 but they are right in the thick of things in the NFC South so this game is critical especially with the Saints and Buccaneers playing each this weekend. The Steelers look to build on their win and keep their faint postseason hopes alive with a victory.

1. Redemption. This is a massive week for the Special Teams’ units of Danny Smith. His kickoff unit was especially bad last week in Indianapolis where the Colts had one big return after another. It was the 89-yard KO return to open the second half that sparked the Colts’ comeback. The good news is that it appears that Special Teams’ ace Miles Boykin should return this week after being sidelined with an injury last week. The task however actually gets bigger. Cordarrelle Patterson is one of the better return men in the game and perhaps all-time. Will Matthew Wright attempt to angle his kicks? What about high, short kicks? The bottom line here is that Smith can’t afford to watch his units be the cause of losing otherwise winnable games.

2. The Next Step. Few would argue that last week was Kenny Pickett’s best overall game in terms of throwing the football. Now comes the next step and there isn’t a better opponent to do it against. The Falcons rank dead last against the pass. Matt Canada has to do what he has done in previous weeks in terms of giving Pickett high percentage throws and relatively safe throws to start things out. Obviously an efficient and effective running attack would help, but most importantly, Pickett has to build on last week’s performance.

3. Make Marcus Beat You. The Falcons run the ball pretty well with Cordarrelle Patterson and others so therefore the Steelers need to force Marcus Mariota to beat them. It’s not that he can’t but that there’s no question the Steelers would like their chances. Mariota will make mistakes especially in the face of pressure and when he’s confused. I suspect Teryl Austin will vary up his coverages and move his corners around as he did last week but I’d also suggest he get Minkah Fitzpatrick more involved. He’s at his best when he can freelance and read the QB but if the running game isn’t under control he can’t do that. It’ll therefore be classic Steelers’ D. Take away the run and make the Falcons one dimensional.

Prediction: The Steelers have not been able to put together back-to-back wins all season but this seems like a prime place to start. I fully expect the stands to be dominated by Terrible Towels and the short week of rest should have got this team zeroed in quicker than usual. I don’t think it will be easy by any stretch but I can see a couple of turnovers going the Steelers way at the right time. Call me crazy but give me the Black and Gold for two in a row.

SCB Steelers Podcast 296 – A Step in the Right Direction

Steelers Rapid-Fire Thoughts as the Steelers Defeat the Falcons