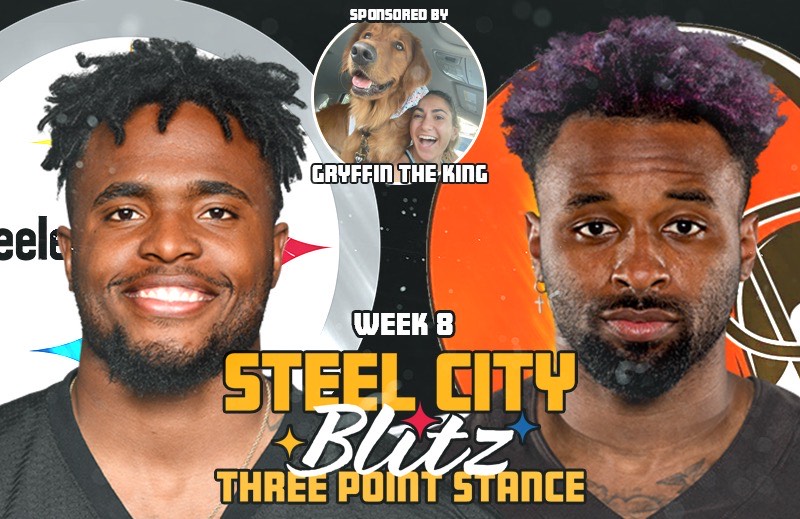 It’s week eight already and the Pittsburgh Steelers are coming off their bye week. It’s the annual bus ride to Cleveland to take on the resurgent Browns in a key AFC North game. Here’s everything you need to know.

Last Week: The Browns won a hard-fought game at home against the Broncos 17-14 while the Steelers enjoyed their BYE week.

TV Coverage in Your Area: Check the 506.com for game availability.

Head Official: Shawn Hochuli. He is in the fourth season of full officiating duties in the NFL. He’s the son of Jim Hochuli who was mostly remembered for having massive biceps. The younger Hochuli has not officiated a Steelers’ game since last season’s 27-24 win over Tennessee.

Injury Notes: Hard to say if Ingram is really hurt or just has hurt feelings over his recent trade request… Ebron out means a lot more Zach Gentry which could mean good things for the running game. The Browns are incredibly banged up and Baker Mayfield will start despite serious injuries to his non-throwing shoulder.

What You Need to Know:  Pittsburgh is 20-12 in games following the BYE week… They are 10-9 in road games following the BYE… This will be the sixth time the Steelers will play the Browns coming out of the BYE. They are 3-2 in such games… The Steelers are 73-29 in the month of October since 1995 which is the best record for that month in the NFL… Pittsburgh has lost its last four games against quarterbacks drafted number one overall… Mike Tomlin’s next victory will tie him with Bill Cowher with 149… With a win Sunday Ben Roethlisberger would become the fifth QB to achieve 160 career wins.

What’s at Stake: I do not view this as “must-win” with winnable home games against Chicago and Detroit coming. Obviously the Steelers do not want to fall to 0-2 in the division. For both teams, they realize Cincinnati is hot and could get a bigger lead this week in the division.

1. Punish Mayfield. If I’m a Browns’ fan (I shudder at the thought) I’m delighted at the fact my QB is sucking it up and playing in this game. With a torn labrum and shoulder fracture, this is “old school” type stuff. That said, the Steelers’ defense must punish Mayfield whenever they get the opportunity. The Browns will as they usually do want to run the ball a lot and keep Mayfield clean. That puts even more emphasis on the Steelers to get hits on Mayfield whenever they can. Case Keenum is a more than capable backup who has long starting experience but there’s still something about knocking the other team’s starter out.

2. Take Advantage. With Denzel Ward out for this game, Ben Roethlisberger has to take advantage of his absence. But that also means Diontae Johnson and Chase Claypool must as well. If that happens then it opens up not only the running game but it also helps third receivers and Pat Freiermuth as well. What Big Ben cannot do is force things. There won’t exactly be a ghost out there at CB but it won’t be anyone with the ability that Ward has. Let it happen and don’t force things.

3. Win the Trenches. Football is an easy game to win. You block and tackle better than your opponent then you’re going to be successful more often than not. The Steelers’ young O-Line doesn’t have to be perfect but they have to show improvement which they’ve done in recent weeks. Get Najee Harris and the running game going, protect Ben Roethlisberger and control the line of scrimmage. On the other side it’s a tall task. Cleveland’s O-Line is terrific. Cam Heyward and company must rise to the occasion and do better than they did in that second half against Seattle. If they don’t it will be a long day on the Lakeshore.

Prediction: On paper, the Browns have superior overall talent. But games aren’t played on paper. As impressive as the Browns have been the last two seasons there are still areas of weakness. Their defense ranks second in the NFL but is near the bottom in defending the Red Zone. Pittsburgh MUST score touchdowns when they get there. Field goals are not enough but ironically I believe this comes down to a Chris Boswell kick.