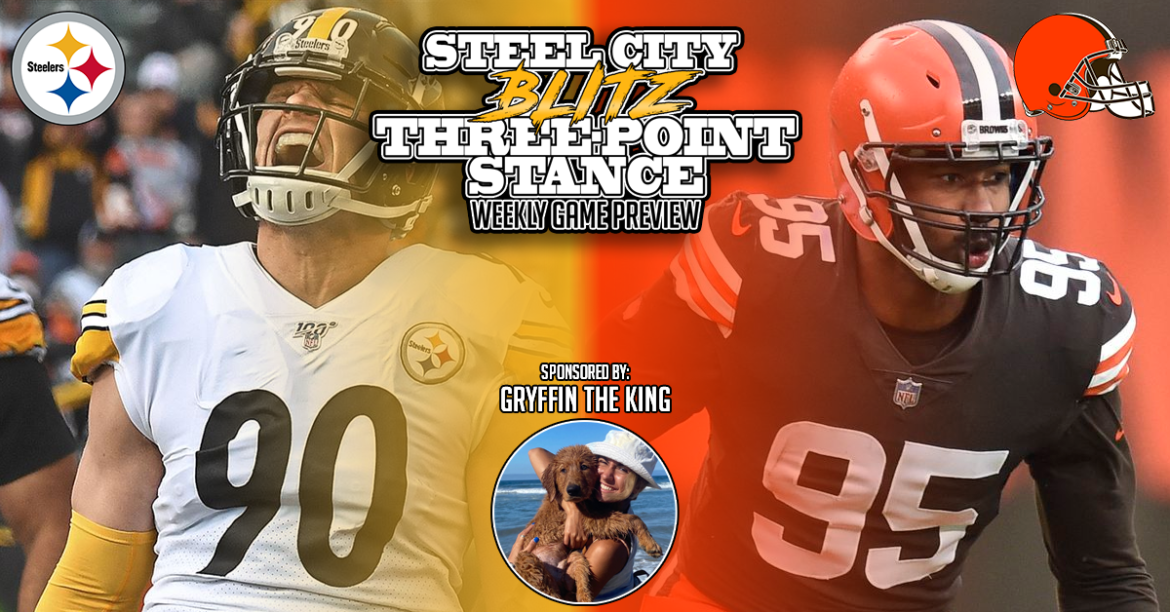 This is the Steel City Blitz Three-Point Stance. Your quick-hitting reference guide to everything you need to know about the Pittsburgh Steelers and Cleveland Browns in this week 17 matchup. The TPS is sponsored by Gryffin the King!

What: Pittsburgh Steelers 12-3 at Cleveland Browns 10-5

Weather: 39 degrees and cloudy at kickoff

Last Week: The Browns lost in New York to the Jets 23-16 while the Steelers defeated Indianapolis 28-24.

Injury Notes: Joe Haden, Eric Ebron and Cassius Marsh were added to the Covid-19/IR list and will not play Sunday.

This Week in the AFC North: Baltimore at Cincinnati 1pm

What You Need to Know: T.J. Watt was named ‘Team MVP’ in a vote taken by his teammates… A Steelers’ win and a Bills’ loss would give them the two seed in the AFC Playoffs… Ben Roethlisberger finishes the regular season with over 3,800 yards passing, 33 TDs and 10 INTs… Diontae Johnson needs 173 yards receiving to reach 1,000 on the season… Two receiving TDs by JuJu Smith-Schuster would give him 10 on the season… Mike Tomlin joined Marty Schottenheimer as the only coaches to start the first 14 years of their coaching careers without a losing season…

What’s at Stake: For the Steelers, absolutely nothing. It’s all about staying healthy. For the Browns, they need to win to get into the postseason while a loss would mean they need help with other teams losing.

1. Find a Running Game. No Big Ben and no Maurkice Pouncey. That doesn’t bode well for trying to generate much offensively but the Steelers have to find a way to keep Mason Rudolph upright and it starts with running the ball. And frankly? I don’t care how they do it. Bring back the damn wildcat for all I care. Run jet sweeps every other play. Find a way to gain yards one the ground. In all seriousness it starts on the edges. Alejandro Villanueva and Chuks Okorafor have been lousy the last two weeks especially. They must get more push and at the very least limit penetration. If they don’t play better then forget it.

2. Turn Over Baker. We got a perfect example of last week of what happens when you pressure Baker Mayfield. He’ll turn the ball over. Now if I’m calling plays for the Browns I’m handing the ball to Kareem Hunt and Nick Chubb A TON but I thought they’d do that last week and poof! They threw it 53 times. Despite not having Cam Heyward or T.J. Watt, the Steelers will still do what they do in terms of bringing pressure and attempting to shut down the run. As is the case however with any team, Cleveland’s success will run through the quarterback. The Steelers have given Mayfield fits before and I expect they’ll do the same on Sunday.

3. Let’s See What You’re Made of Mason. It was no surprise that Browns’ DE Myles Garrett was named one of their captains for Sunday’s game. After all, it’s fitting after what he did to Mason Rudolph last time the two teams played in Cleveland. He then took it further by claiming that Rudolph used a racially insensitive term during the episode. Rudolph denied that and there’s never been anything to confirm Garrett’s claim. Sunday will therefore be the first time these two are on the field at the same time and I’m curious to see how Rudolph responds. There’s no doubt he and Garrett will be up close and personal on more than one occasion so let’s see how Rudy handles it. Does he shrink or does he rise? This isn’t just about this game either. It’s about his chances of one day being a starter in the NFL.

Prediction: There are so many variables that have changed throughout the week in this game that it’s hard to really get a pulse for what’s going to happen. Both teams are without players due to Covid and the Steelers of course are sitting several of their key stars. To be really honest, if the Browns lose this game, Baker Mayfield should just pack his bags and find work elsewhere. I mean, this is a really depleted Steelers’ team he’s facing. But then again, these are still the Browns we’re talking about here… 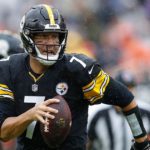 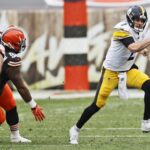 SCB Three-Point Stance; What You Need to...