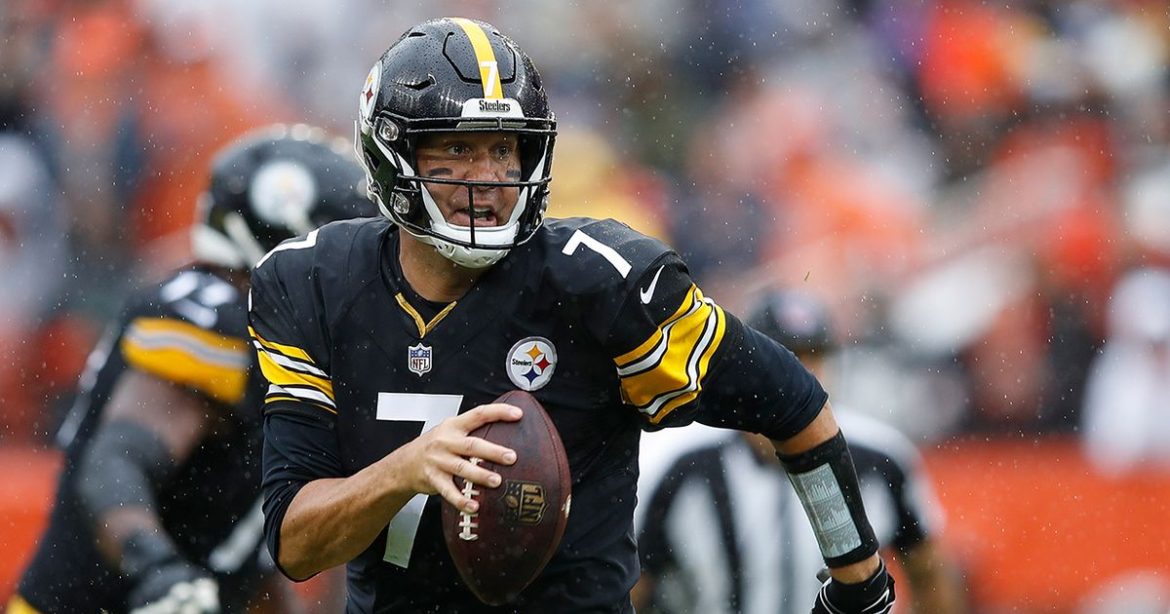 The Pittsburgh Steelers 28-24 win over the Indianapolis Colts this past Sunday was an emotional roller coaster for Steelers fans. The first half looked as if all hope had been lost. Pittsburgh went into the half down 21-7, and they only had 7 because of a turnover that the defense caused, where they were able to start inside the 5. They looked like more of the same struggling and sluggish team that they have been in the previous 3 games, except this time was a bit worse since the defense had let up 21 in the first half. Well it must have been some kind of halftime speech that Ben Roethlisberger gave in the locker room, because the Steelers looked like a completely different team in the 2nd half and ended up coming back from a 24-7 deficit to win the game 28-24.

The biggest reason that Pittsburgh was able to complete the 2nd half comeback, was QB Ben Roethlisberger. He seemed to just completely take over the offense and the entire game, and willed the Steelers to a victory. Ben finished with 341 yards and 3 TD’s, in what was one of his best performances of the year. Last week before Sunday’s game, I had mentioned that if Ben didn’t pick up his performance, this could very well be his last season. While nothing is a guarantee, it looks as though Ben may have bought himself another year in the black and gold with his excellent performance.

In the Steelers’ three straight losses, a lot of fans were calling for Ben’s retirement after this season. Some delusional fans even wanted their QB benched in favor of Mason Rudolph or Josh Dobbs after the loss to the Bengals, which was Ben’s worst performance of the year. While that would never happen, it definitely was tough to watch Ben play what honestly might have been his worst game ever. With Ben’s regular season being over after Mason Rudolph was named the starter in week 17 so Ben could rest up before the playoffs, is it fair to give a definite answer on whether or not Ben will be our QB for 2021?

Let’s start off by getting one thing out of the way, there’s a very good chance that he will be. Even with Ben taking up a whopping 41 mil in cap space next year, it’s likely Pittsburgh will at least give him one more year. The question is whether or not he is 100% in the clear, and I would say the answer is no. Ben is going to finish the regular season with 3,803 yards, 33 TD’s and 10 interceptions. For a 38 year old QB coming off of season ending elbow surgery last year, that’s a pretty impressive year. For the most part, Ben has looked pretty good throughout the year, aside from the three game skid that Pittsburgh had. Even if Pittsburgh loses the first round of the playoffs, it is still likely that Ben will be under center for 2021. However, is it possible that if Ben has a terrible game and the Steelers get blown out, they could possibly give him the dreaded “retire or be cut” dilemma? It’s definitely possible.

Another factor that would be terrible to see is injury. With Ben being close to the wrong side of 40, if he were to suffer any sort of somewhat significant injury this postseason, that would almost certainly be the end of him. Obviously you could say that about any player, but the combination of Ben’s age, him coming off of the major elbow surgery, and the rumors of him having a bad knee since the Dallas game, it’s easy to see how Ben could be more at risk to injury than the average player. Obviously this would be the worst way to say goodbye to our future Hall of Fame QB, but we can’t ignore that this is a possibility.

The Steelers will be under a lot of pressure from a number of different fans to move on from Ben, if the playoff game goes horribly wrong. Roethlisberger has already expressed his desire to come back and play next year, but if he plays another terrible game like he did against the Bengals, there will be a lot of people calling for Ben to hang it up. He helped himself out tremendously by playing an amazing game against the Colts, but it wouldn’t be fair to say he’s 100% in the clear. It would likely only take one playoff win with a good performance from Ben to convince most Steelers fans to give him another year, but a bad playoff performance would strike controversy. Overall, you should expect Ben to be your QB next year, but it’s not set in stone.

Ben will be back 12-3 33tds 10 int.4,000 yards was never not going to be signed fir next yr they will not cut ,HELLO,finding a QB to to better NO.His knees have bben issue.The one thing i have maybe changed i thought he might add a year.ext.not so sure anymore really motivated 1 more Super Bowl.Wish defense was healthy with him might have had a shot ,now have list Haden Covid19 positive will not pla playoff game.

In my opinion they should picked up a veteran back up and let Mason and Josh go. The best you will ever get out of him is a second Bubby.