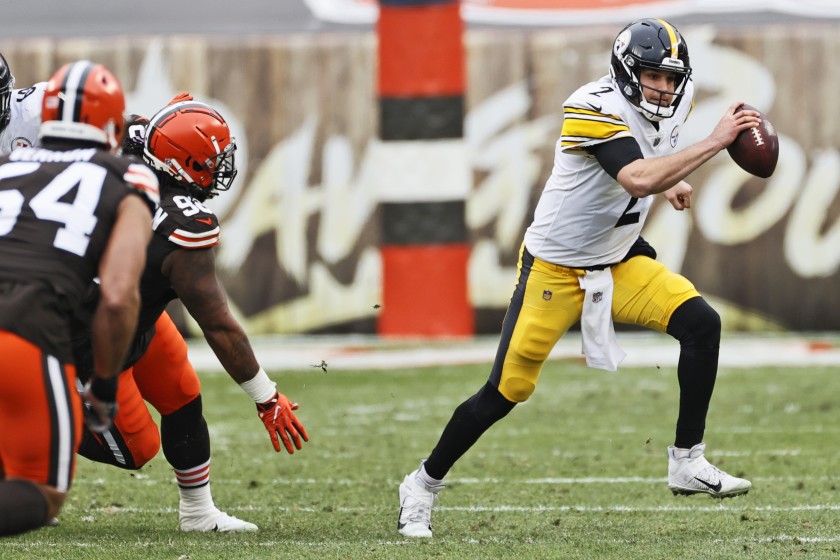 Any game that doesn’t end in a Pittsburgh Steelers’ victory doesn’t sit well with me. I don’t care if it’s a game for the division title or one that’s meaningless as today was. Not winning sucks. That doesn’t however mean I don’t learn. Today in fact along the shores of Lake Erie there were plenty of things to take in and find perspective on despite the 24-22 loss. Let’s start with Mason Rudolph.

I’ve heard for weeks – no months – that when Rudolph got the chance again we’d see a different QB than we saw in 2019. My first thought is “well duh. I better see some improvement!” The good news is that I did.

Rudy was a much better player today, there’s no other way around that. He was more confident. He threw with better accuracy and his decision making, for the most part was improved as well. The obvious exception to that was his interception. The Browns brought a lot of pressure and Rudolph panicked. There’s no other way to put it because he did. He threw an “I hope my guy catches it” pass and it backfired.

While that play and a couple of others will make it easy for his naysayers to pile on, the overall performance (22/39 for 315 yards 2TD/1INT) was vastly improved from what we saw last season. I’m in no way ready to say that Rudy is anything more than a backup right now but he took a big step today, no doubt.

As for the Steelers

I came away pretty impressed with the effort and the overall play today. This team had no motivation and could have sleep walked their way to next week but didn’t. A lot of guys took advantage of opportunities today to get themselves on tape in meaningful snap situations.

I have no doubt Mike Tomlin made it perfectly clear to his team that the “standard was indeed the standard” and he expected his guys to play up to that mantra. They did as far as I could see and to have this game, one needed by the Browns so desperately come down to a two-point conversion speaks highly of their effort and preparation.

If you’ve sensed a “but” coming then you’ve got a keen sense about you. A lot of Steelers’ fans are under the impression that next week should be a cake walk based on what transpired today. A lot of that makes sense. No Ben Roethlisberger or T.J. Watt or Cam Heyward or Maurkice Pouncey and a razor thin loss should equate to an easy win next week right? I sure as hell hope that is the case.

But nothing is ever easy for our Steelers and much of what we saw today will be vastly different on Wild-Card weekend. Am I saying I expect a Browns’ win next week? Oh hell no. What I’m doing is placing forty plus years of football knowledge on you. I’ve seen these situations before and I know how they look and often times they go in the completely opposite direction.

Today was a good day for perspective and there’s always room for some in my opinion.