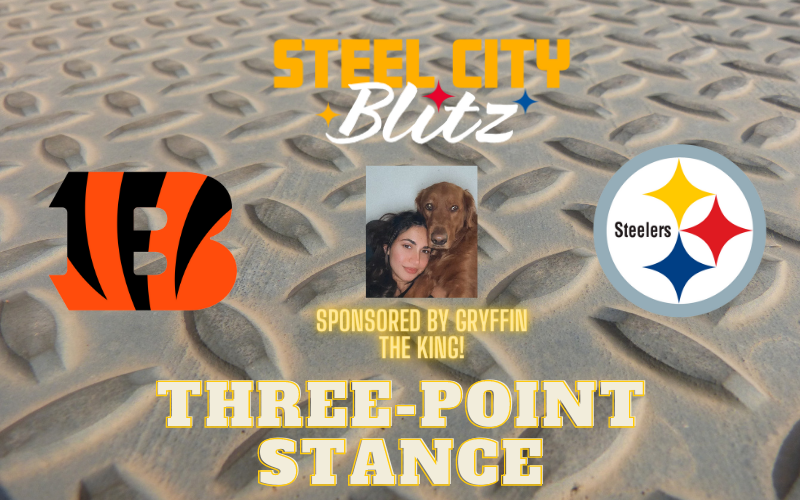 It’s week 10 and the division race is heating up in the AFC North. This week the Pittsburgh Steelers look to win their second straight game as the rival Cincinnati Bengals come into the Steel City.

What: Cincinnati Bengals 5-4 at Pittsburgh Steelers 3-6

Weather: Mostly sunny and 28 degrees. Winds will be a factor at a around 15mph.

Last Week: The Bengals enjoyed their week off while the Steelers returned from their BYE to defeat the New Orleans Saints 20-10.

TV Coverage in Your Area: The game will be available in limited markets as the Vikings and Cowboys are the big draw for the late game. See if you’re lucky or not at 506sports.com.

Head Official: Brad Allen. Allen is a non-profit CEO who is in his ninth year as an official. The last time we saw Allen was in Ben Roethlisberger’s final home game against the Browns. That game saw 15 accepted penalties including 10 on the road team.

Injury Notes: Minkah Fitzpatrick will play despite having his appendix removed just a week ago… The Steelers have to wonder if they shouldn’t have put Witherspoon on IR as he’s played very little throughout the season.

This Week in the AFC North: Cleveland at Buffalo 1pm Sunday, Carolina at Baltimore 1pm Sunday

What You Need to Know: Mike Tomlin has now defeated all 31 teams in the NFL at least once… Tomlin is 23-8 all-time against the Bengals… The Steelers are 2-0 this year when T.J. Watt starts and they are 1-6 when he doesn’t… Despite four less drives in 2022, the Bengals have 27 more first downs than the Steelers… In week one, the Bengals had 32 first downs while the Steelers had just 13… The Steelers are 66-36-2 all-time when they play against a former number one overall draft pick QB… Pittsburgh has the most wins (135) in the month of November in the NFL since 1970… Alex Highsmith has four strip-sacks in his last 12 games.

What’s at Stake: With the Ravens having a very winnable game at home against Carolina, both teams need a win to keep pace. This is even more true for the Bengals who already sit at 0-3 in the AFC North.

1. Real or Fake? Last week we saw the Steelers’ running game go nuts with over 200 yards of rushing led by Najee Harris’ 99 yards on 20 carries. The Saints were banged up on defense but nevertheless, the running game clicked. The Bengals will present a much tougher test for this offense. Therefore, can Matt Canada dial up enough changes in how he runs the offense to keep the Bengals’ D off balance? Canada used Jaylen Warren both in the running game and passing game (3 rec. 40 yards) and also got some guys like George Pickens involved on the jet sweeps. The Bengals’ LBs are ‘downhill type of players who don’t get east and west very well so can Canada take advantage of that? This week will prove whether or not the running game is real or whether last week was a bit fake.

2. No Mixon Allowed. With Ja’Marr Chase out for this game, the Bengals’ offense will turn to RB Joe Mixon more often. He’s had success in recent years against the Steelers especially stretching runs wide and finding creases in the Steelers’ D. Not only must they contain that but Mixon can be a threat in the passing game as well. Teryl Austin can’t totally dismiss Tee Higgins, Tyler Boyd and Hayden Hurst by any means but Mixon will be the catalyst that he must consistently stop.

3. Pressure Wins. So often, football games are decided by the offense that can run the ball more efficiently and effectively. Sunday in Pittsburgh I really think this game will boil down to the defense that can create more pressure. I don’t necessarily mean the team with more sacks either. If pressure leads to turnovers and poor decisions and poor throws, then those things mean just as much as sacks do. You’re well aware of what the Steelers’ defense did in week one terrorizing Joe Burrow into seven sacks and a bevy of turnovers. The defense that does this more often Sunday will likely lead their team to victory.

Prediction: I am taunting Kenny Pickett. I need to see him win a game for the Pittsburgh Steelers. It isn’t that he hasn’t – he did it last week – what I mean is I need to see him make plays down the stretch with the game on the line and until I see that I just can’t trust it. I expect this game to be tight but with no Chris Boswell and an extremely shaky Matthew Wright in for him I have no choice but to roll with the Bengals.