SCB Three-Point Stance; What We’re Looking for Against the Bills 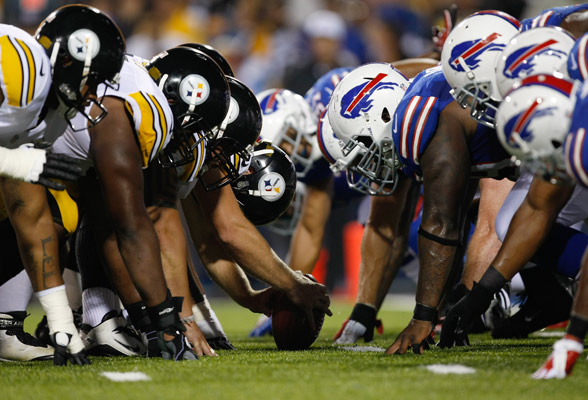 The Pittsburgh Steelers open their preseason home schedule by entertaining the Buffalo Bills at 730pmET Saturday night in Heinz Field. I really hate to say it because it is only the preseason yet a win would be very nice at this point. Say what you will about meaningless games where evaluation is more important than wins and losses, but this team really could use the mental push a win provides.

Going 0-4 again in the preseason would not be good for the confidence of anyone within the organization or the fan base so let’s just win this one so we can move on huh?

Here are the three things we are looking for in preseason game two.

1. First-team offensive domination. Last week, the Steelers’ first-teamers looked decent in their first drive of 2014. The opening drive featured a 46-yard catch and run from Dri Archer and a couple of solid runs by Le’Veon Bell before stalling in the red zone. If, as Mike Tomlin claims, this group will get a quarter of action, then I expect to see success.

Let’s see a little bit of everything which means running the ball successfully, setting up some play-action and getting all of the receivers involved as well. Ya, I do expect a lot but that’s what we need to expect from Todd Haley in year three. There’s no reason this group shouldn’t put up at least 10-14 points.

2. The corners need to be great. If you saw any video from this week’s joint practices with the Bills then you know their receivers challenged the Pittsburgh defensive backs with their speed. For guys like Cortez Allen and Ike Taylor, we need to see consistency. Especially from Allen who needs to elevate his game if he is going to be considered a top corner on this team.

Because of the Dick LeBeau-style defense, the Steelers’ corners play ‘off’ and are expected to tackle the catch so that means you’ll see guys making catches, but can the Steelers’ DBs limit the yards after catch? The back-up corners struggled last week against the Giants and this will be a tougher test.

3. We need to see some ‘snap.’ The old saying about a long snapper in the NFL is that nobody knows who they are until they make a poor snap or get injured. The latter has happened to Steelers’ long snapper Greg Warren this week leaving the team scrambling to find a replacement. Long snappers do not grow on trees either. You’ll recall the last time Warren went down it was in a game and James Harrison was forced into service. Let’s just say it didn’t go well.

With no Warren, back-up tight end Bryce Davis will take over. Davis was not going to make the 53-man roster so this opportunity is a god-send for him. We need to see consistency and velocity on the ball before we’re going to get too excited about Davis’ chances. One should never underestimate the importance of a long snapper and we aren’t in this case. 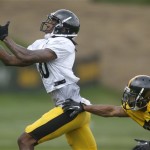 Work to Do, But Bryant is Emerging for the Steelers 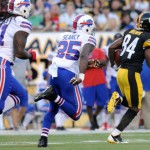 When I look at your blog site in Ie, it looks fine but when opening in Internet Explorer, it has some overlapping.
I just wanted to give you a quick heads up!
Other then that, great blog!