The Pittsburgh Steelers and New England Patriots meet in the AFC Championship Game for the third time. Steel City Blitz provides everything you need to know for the game and offers insight and keys to a Steelers’ victory as well.

Last Week: Pittsburgh defeated the Kansas City Chiefs 18-16 while the Patriots knocked off the Houston Texans 34-16

What You Need to Know: This is only the second time that Ben Roethlisberger and Tom Brady will meet in the Playoffs… Big Ben is 3-1 in AFC Championship Games and is 1-0 on the road… The Steelers are 2-2 all-time in AFC Title Games on the road… Roethlisberger is now tied with Terry Bradshaw, Mel Blount and Franco Harris for the most postseason appearances in Pittsburgh history (19).

What’s at Stake: A victory sends the winner to Super Bowl LI in Houston, Texas.

Make Brady Work. Tom Brady’s touchdown to interception ratio against the Steelers is ‘off the charts ridiculous’ over his last five games. He’s thrown for 15 touchdowns and ZERO interceptions while going 4-1 during that span. Keith Butler must find ways to pressure Brady and it believe it or not it won’t be from the blitz. There’s no secret that Brady struggles with pressure up the middle and at his feet. I see a decided advantage for the Steelers in the interior where Javon Hargrave and Stephon Tuitt should be able to get some penetration. I also expect to see outside linebackers Bud Dupree all over the formation. Don’t be surprised if they drop off pre-snap to get a shove on those slot receivers like Julain Edelman in an attempt to throw off the timing of the offense. Brady is too good against the blitz and he won’t be fooled. Pressure has to come from four or the defense is in trouble.

See Red, Strike Gold. The Steelers’ red zone offense has been awful in the playoffs under Todd Haley. 29% in five postseason games to be more precise and after the abysmal performance last week in Kansas City this unit cannot afford a repeat performance. While the red zone offense will begin with Haley it has to run through Ben Roethlisberger. He cannot afford to make risky choices and he has to be 100% sure on any audibles as well. Because the Patriots have been so good against Pittsburgh in the red zone, the black and gold can’t afford field goals. Le’Veon Bell needs touches and if Ladarius Green plays he has to be a factor. Touchdowns or bust for the Steelers down here.

Don’t Sleep on Special Teams. It would be very easy to forget the special teams’ units this week when so much attention was paid to them last week against the Chiefs. That would be a very bad mistake. The Patriots are always solid on special teams which means Danny Smith cannot afford to regress. As good as the coverage units were against Tyreek Hill, they must be equally as good this week. Nothing need be said about Chris Boswell or Jordan Berry who punted just once in Kansas City. They’ve both been solid all year. The blocking and tackling must be up to snuff and allow zero mistakes.

Prediction (Season record 12-6) Some of the SCB Crew are chiming in this week with their selections as well.

I cannot recall a week where I’ve been so back and forth on the outcome of a game. I can see a variety of ways where the Steelers pull this out because the Patriots have had an incredibly easy road to this point when you look back at their opponents over the second half of the season. That said, I have serious doubts about the Steelers’ ability to score enough points especially in the red zone. Despite his age, I still can’t go against Tom Brady who has owned the Steelers during his career as well.

Ben: Did Not Participate 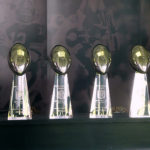 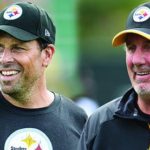 You could be right Bob. I’m just not convinced we can score enough touchdowns.