Latrobe Weather for Sunday 8/12: Partly cloudy with a high of 81.

On the injury front… Antonio Brown returned to practice yesterday and didn’t skip a beat. Based on what I saw and our “spies” at Camp saw, he looked like the same old AB. Maurkice Pouncey and Marcus Gilbert did not practice but neither was due to injury. Mike Tomlin said B.J. Finney has a bruised knee but should be fine. Both T.J. Watt and Bud Dupree (concussion) remained out as well. Tomlin also said Xavier Grimble departed practice with a thumb injury. Extent not known at this time.

The highlight of the day was probably the Troy Polamalu imposter that made it onto the field somehow at St. Vincent College. It’s almost as bad as a blogger claiming to be a real journalist! (photo courtesy: triblive.com)

With both Pouncey and Finney not practicing, rookie Patrick Morris ran with the first team. I think he’s got a definite shot at making then practice squad. He’s got some great physical talents but must refine his technique.

Just days after Marcus Gilbert welcomed a child, Bud Dupree did the same.

The one advantage, if you want to call it that, of Watt and Dupree missing so much time is that guys like Keion Adams and Ola Adeniyi are getting to work with the second and third teams. Of the two, I believe Adeniyi is playing a bit more consistently but both young men still have to prove that they can contain on the edge. Both struggled Thursday night with this and it’s a must at OLB.

Damoun Patterson ran with the ones yesterday and that’s far from surprising considering his performance on Thursday night.

Should be a nice day out there in Latrobe today. That means a great opportunity to visit our sponsor Taps N’At for a cold brew!! They’re just down the road from St. Vincent! 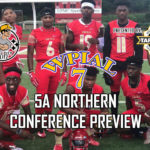 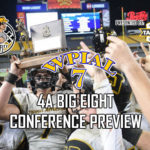