SCB Steelers Three-Point Stance; How to Ground the Seahawks 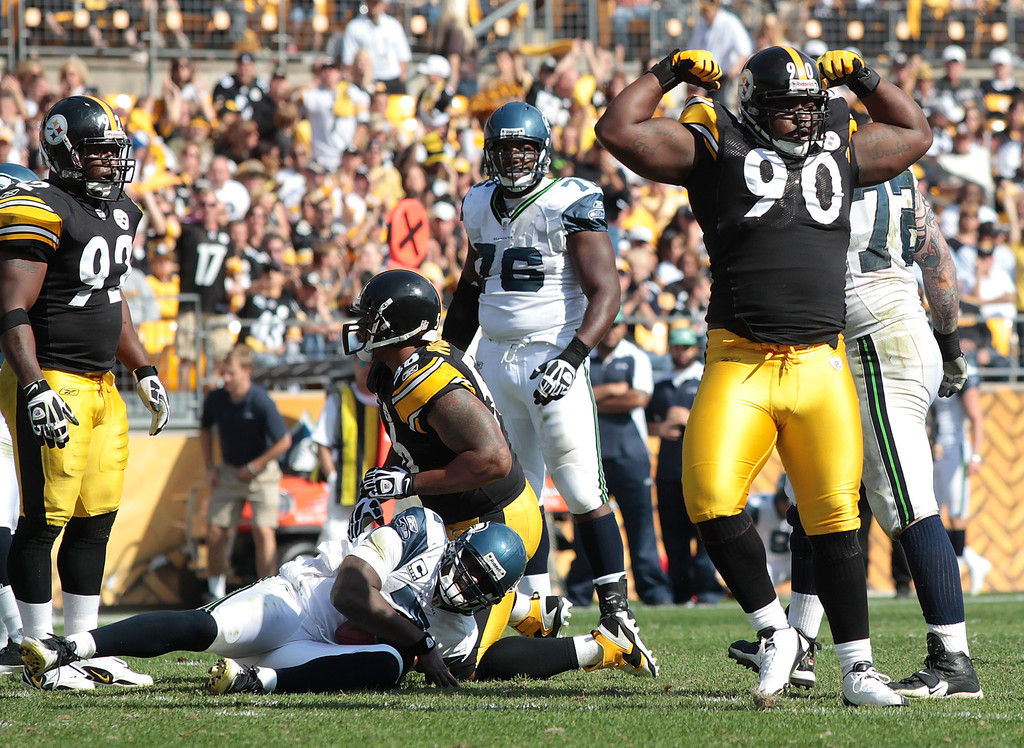 For the first time in 12 years the Pittsburgh Steelers head to the Pacific Northwest to play the Seattle Seahawks. Both teams are looking for all-important wins to improve their chances of making the postseason. Here’s what you need to know heading into the game.

Rabble TV: SCB will be calling the game live and interacting with you the fans.

Key Injuries: As of Friday AM… SEA RB Marshawn Lynch OUT… PIT Did Not Practice on Thursday Ryan Shazier (Knee) and Brandon Boykin (ankle)

What’s at Stake: At 5-5, the defending NFC Champion Seahawks find themselves in a ‘must-win’ situation. With Arizona way out front in the NFC West, the Wild-Card is the only option for Seattle and they suddenly have more teams to compete against with Tampa Bay and Chicago surging. For the Steelers, it would be a third straight win and huge road victory on the West Coast where Mike Tomlin’s teams have not always fared well.

All-Time Series: Steelers lead 9-8 all-time. Pittsburgh is 1-6 all-time in Seattle with their last win there coming in 1983.

Three Things We Need to See for a Steelers’

Stop. The. Run. Marshawn Lynch had surgery this week and is out but I get the feeling the Steelers would have rather faced him than Thomas Rawls who rushed for over 200 yards last week. Seattle has the number one rush offense in the NFL while the Steelers rank fifth in run defense so something will have to give here. For me, it will start in the middle where Steve McLendon, Cam Heyward and Stephon Tuitt will need to disrupt the the Seahawks’ offensive line. Allowing the linebackers to get where they need to will be critical in limiting Rawls. With QB Russell Wilson getting hit as often as he has this season it will be critical to put the game in his hands. Stopping the run will do that and force him to throw much more often than the Seahawks want him to be throwing.

Find Your Balance Todd Haley. Despite the .500 record, the Seahawks’ defense still ranks second in the NFL in total defense. They give up less than 100 yards per game rushing and just over 200 yards per game passing. I don’t think Steelers’ Offensive Coordinator Todd Haley can afford to fall in love with the run or the pass. He has to find positive balance with both. That will likely mean putting Ben Roethlisberger in positions where can distribute the ball among many different players.

What Can Brown Do for You? I’m not exactly talking UPS here as you know…. Steelers’ wide receiver Antonio Brown has been red-hot and now faces one of the league’s best defenses against the pass. While I believe Haley will have to find balance for the offense as I pointed out above, I think his most important job may be getting Brown into the right positions to be successful. Look for him to be used both on the right and the left as well in the slot which will force the Seahawks to choose their poison in terms of how to defend him. Brown is most dangerous when he gets a free release and can get across the field on crossing routes that drive cornerbacks and linebackers crazy. Don’t be surprised either if you see Brown returning a punt or two as well as shaky as Jacoby Jones was against Cleveland.

A Big Steelers’ “Thank You” From Steel City Blitz

Jury No Longer Out on Tomlin’s Game Management

For the Steelers to win the game on Sunday they must stuff the run and contain Wilson and by containment I mean keep him in front of you and don’t let him get to outside edges. On Offense Ben must attack the Seattle Secondary and the OL must keep Ben upright the whole day. If the Steelers do these things then they can win up in Seattle but it won’t be easy.