As we had to scuttle the SCB Steelers Podcast yesterday due to technical issues that our in-house IT guy could not resolve, I’d like to review some of what we discussed last night.

The Ravens traded away Timmy Jernigan, a 3tech in his prime who averages 5 sacks per year, while playing 60% of the defensive snaps. The trade was Jernigan and Baltimore’s 99th overall choice for Philadelphia’s 75th overall choice.
This has been lauded by some NFL “experts” as a shrewd move by Baltimore and bemoaned by some Steelers fans as a smart move that Kevin Colbert would never make. But was it actually smart?  In return the Ravens received what amounts to a 4th round pick.
They moved up to 75 from 99, which costs 111 points. 111 points on the draft trade value chart is a high 4th round value. Jernigan was a high 2nd round pick and a guy many thought would go in the 1st round in 2014.
I speculate that they either gave up on him for some reason, which would be silly; or they’re changing the scheme somehow and don’t need him anymore. There is also the possibility that they had decided that he would not be resigned after this season and that the most his loss would bring as a comp pick would be a 4th. So, they decided to take it now.
Any way you slice it though, it was no great haul. He’s a better player than they are going to get with a 4th round choice and they didn’t actually pick up any draft picks.
Last month, they traded Jeremy Zuttah to the 49ers for a swap of 6th rounders, moving from 198 to 186th overall.
That’s a difference of 4.8 points, or a late 7th. And again, they didn’t actually add draft picks.

Trading up to 25, for example, would cost at least 100 points and may cost more. A team may want a premium because it’s the 1st round selection. There is a precedent involving the 94th overall pick. Last year Denver traded the 94th pick to move up from 31 to 25.
The Steelers might be able to move up to 24, for example, by surrendering that same 94th overall pick. But, given that this is a deep draft at the positions of need for the Steelers this year, is it worth squandering what could be a player with a 2nd round grade, who may be available late in the 3rd, to move up 6 slots in the 1st? I don’t think so.

That said, let’s look at the 1st round trades during the Kevin Colbert Era.

More confirmation here that trading up in the 1st round is expensive. Unless there is a talent on the level of Troy Polamalu, or even Santonio Holmes that is falling toward the Steelers, I say stay put at 30 and maybe even entertain offers to trade back, if someone is giving up enough.

If we can get the technical snafu in our Spreaker Page resolved by Sunday, we’ll have another podcast then. Enjoy the rest of your Thursday. 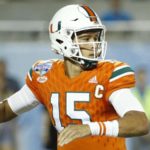