Go ahead and admit it. When you saw that Steelers’ President Art Rooney II was holding a press conference yesterday afternoon you were praying it was to announce the firing of Todd Haley weren’t you??? Sorry to disappoint you… The presser was held in order to announce that Super Bowl XLIII MVP Santonio Holmes would sign a one-day contract and retire as a Steeler. While you might not have gotten the firing you hoped for you did get something unusual. Doing this type of thing for players was not something that the late Dan Rooney did. With him gone, this could be one of several changes his son ARII may be undertaking. Either way, congrats to “Tone Time” for his honor!

Mike Tomlin’s press conference went about as we expected. “The film was as ugly as the game…” “The Chiefs look like the greatest team to ever play football…” And “I always take what Ben says with a grain of salt…” That last part is the most important. I think a lot of us wish that Big Ben would just stay quiet and not openly discuss things that should remain in the locker room. That’s not who he is however and we should probably be grateful for the honesty. The hard truth is that Roethlisberger has become very much like Troy Polamalu. He’s tired of what he sees in the locker room and places much of that on Tomlin. No, that isn’t what I think either. It is slowly becoming common knowledge.

Bowling for a cause tonight…..Strikes Against Sickle Cell Foundation Event. ?
Thanks @ToneTime10 for the invite & congrats on the retirement! #GreaterThanSickleCell pic.twitter.com/z0ebG4VLdA

NFL Commissioner Roger Goodell issued memos to all 32 owners yesterday telling them that expects players to stand for the National Anthem. There is not a doubt in my mind that this move was based strictly on economic reasons. Ratings are down and there’s a large core of fans pissed off. For the record, I’m not crazy about anyone kneeling for the anthem but I will always fight for anyone’s right to do it. Free Speech is a hallmark of our nation and not just when you “want it to be.” All speech, whether we like it or not has to be protected. If it isn’t then we become no different than 99% of the world.

Hines Ward chimed in on the Steelers while on 93.7 The Fan. He questions the leadership in the locker room and I don’t think he’s wrong. I think, especially on the offensive side of the ball, leadership is lacking.

From Ed Bouchette’s weekly chat… JerseySteel: Why does Tomlin let Mike Mitchell celebrate a tackle after a 12 yard running play while down by 2 scores?
Ed Bouchette: That was a bad look, wasn’t it? But what was Tomlin to do, run out on the field and grab him by the neck?

I miss the days when a coach would get into a player’s face for such nonsense. We are much too sensitive in society now for such things. Either way, Mitchell’s antics were boring years ago. 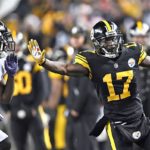 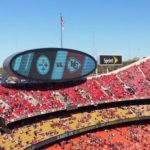 Field goals, red zone struggles and a game plan made to protect Ben and the ball.