Over the last couple of days the Pittsburgh Steelers have have been able to add two starters to their defense by spending wisely. There were certainly better linebackers available but the price was too high and that’s why Jon Bostic is a Steeler. For Morgan Burnett, the Steelers benefited from a slow market on safeties and were able to get the long-time Packer. As of today, these two will plug right in as starters. They would likely be joined by Javon Hargrave, Cam Heyward and Stephon Tuitt on the defensive line. Alongside Bostic at linebacker would be Vince Williams, T.J. Watt and Bud Dupree. In the secondary, Burnett will be with Artie Burns, Sean Davis and hopefully Joe Haden. I say “hopefully” because I know the Steelers would like to reduce his cap number a bit.

I would not be one bit surprised if the Steelers drafted a defensive lineman in the first round. Do I think they will? No, but it wouldn’t shock me based on how the draft could shake out and their need for more depth there.

Our draft guru Cnic attended the Pro Day at the University of South Carolina on Tuesday. You can hear his full report tonight on the Steel City Blitz Podcast presented by 26shirts.com/Pittsburgh!

This is pretty sweet. pic.twitter.com/ZvNfZ0HmW1

Both USC and my alma mater Western Michigan have Pro Days today. “Western Michigan??” you ask? The Broncos could have as many as four guys go in the draft including offensive tackle Chukwuma Okorafor who could be a first round pick. The guy I’m watching though is cornerback Darius Phillips who is a serious return specialist and ball hawk on D.

With the NFL set to change the “catch rule,” there is speculation that it could be named after Jesse James. If so, he would join Mel Blount, Dan Rooney and Hines Ward as former Steelers who have rule changes named for them.

From Uncle Ed’s chat over at post-gazette.com yesterday…

Dave: Do you think Leveonne Bell will ever be signed to a long term contract?
Ed Bouchette: My feeling is, if they haven’t been able to sign him by now, they’re not going to sign him.

With Morgan Burnett on board and Sean Davis likely to move to free safety, I have to wonder if the “Cam Sutton to safety” talk is still a thing or is that on the shelf? 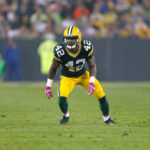 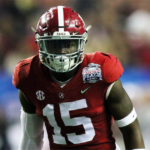