Good Thursday to you fans of he Black and Gold!

The Pittsburgh Steelers have now completed two days of their workouts yet all-pro running back Le’Veon Bell has yet to be seen or heard from. ‘Juice’ as he’s been known recently is M.I.A. for one of two reasons. Either his March sports’ hernia surgery is keeping him from participating or he isn’t willing to risk getting hurt. I say this because Bell has yet to sign his franchise tag tender. Should he report and get hurt he could kiss the $12 million goodbye. There is a waiver he could sign but it isn’t likely that it has been offered.

At this particular point I would not concern myself too much with this. It is only May but the fact that the two sides have spoken little of at all about a long-term deal is very concerning especially if you go by the name ‘Juice.’

Other items of note from Day 2:

William Gay spent most of his time covering the slot on defense. I’m confident the Steelers would prefer someone else there by season’s beginning.

Josh Dobbs told Chris Adamski of the Trib that he’s pleased with the amount of pro style knowledge he already had coming in.

Antonio Brown was glad Ben Roethlisberger didn’t retire and he’s also looking forward to “celebrating with his teammates” now that the rules have been relaxed a bit.

Martavis Bryant credited Maurkice Pouncey and Ramon Foster for helping him through the last year. Think about that for a second. A former first round pick and a guy who wasn’t even drafted coming together to help a teammate. That’s how great teams are built.

James Conner went down with a hamstring injury in rookie mini-camp but it’s not thought to be serious. Other guys like Stephon Tuitt and Cam Heyward aren’t quite 100% yet either but should be when it matters.

Tweet of the Day… A very nice gesture from #26

The Steel City Blitz Podcast presented by 26shirts.com/Pittsburgh airs live tonight at 10pm. We will be discussing the latest OTA news, the contract situations for both Le’Veon Bell and Alejandro Villanueva and much more.

I’m giving some perspective on Ben Roethlisberger and retirement.

Game 7 tonight. Ottawa is 0-5 in such situations. I expect the crowd tonight to be beyond crazy. 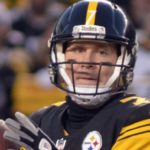 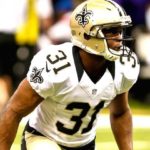 SCB Steelers Quick Hitters: The “Not a...