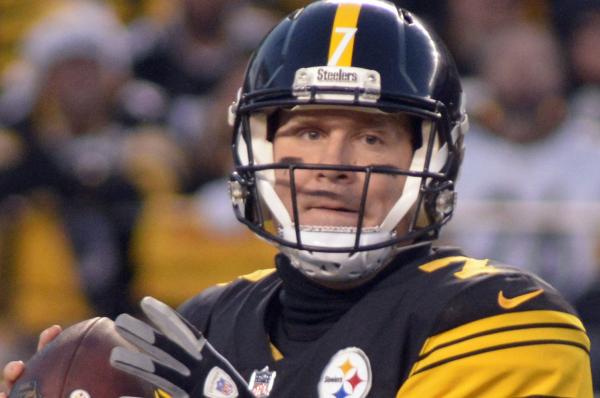 In all of sports there is just one champion. He is undefeated and rarely does he get so much as a scare from an opponent. That champion is Father Time. He takes pity on no athlete and he will not be defeated any time soon. From George Blanda to Gordie Howe to Muhammad Ali, Father Time has conquered them all and some day Steelers’ quarterback Ben Roethlisberger will lose to Father Time too.

As for right now though, Roethlisberger is still flinging darts at the old man. Sure, there have been plenty of injuries like broken noses, concussions and knee injuries to name a few, but Big Ben is still standing at the age of 35 and appears ready to go for his 14th NFL season.

There was definitely some doubt in the days following the Steelers’ loss in the AFC Title Game to New England when he appeared on 93.7 The Fan in Pittsburgh and left the door wide open for the possibility of retirement. Those comments put shock waves through the Steeler Nation and why wouldn’t they? For many, Roethlisberger is the only quarterback they’ve really ever known in the Steel City.

But let’s try to understand where Roethlisberger is coming from. Rather than just chalking it up to “he’s just upset about the loss and will be back,” shouldn’t we look for something more? Why not start with the story that dates back a few years ago where he self-reported a concussion during a 39-30 loss in Seattle?

As told to MMQB’s Peter King, Roethlisberger was having issues with peripheral vision and went to the training staff. “I’m proud of it,” Roethlisberger told me, also for my podcast. “I have been just like Drew [Brees] where I haven’t reported things before either. Probably everybody who has ever played the game of football hasn’t reported an injury. For me it wasn’t about an injury—I’ve played through many injuries—but when you talk about your head, that is a different ball game. You can replace a lot of body parts, but you can’t replace a brain. You see the effects of it from past players, players who have taken their lives, the CTE, all that stuff and, you know, I’m thinking about my family and long term. I love this game and I love my brothers that I play football with, and I would encourage any player who has an issue with their brain to just report it properly … We are blessed to play this game but we also have a life to live.”

This sounds to me an awful lot like a man who has matured and has thought about his future beyond the game. Then again, getting married and having three small children will also do that for you too.

Steelers’ Hall of Famer Mike Webster was essentially ‘ground zero’ for the discussion on post-football head trauma and if you can’t avoid what football has done to your predecessors then how in the wide world of sports could you not see the devastation done to Webster?

Ben Roethlisberger’s passion for the game hasn’t changed. He wants to win as much now as he ever did. I don’t think his enjoyment of the game has changed much either but has his approach? Yes, that’s what comes with maturity, experience and knowledge. Big Ben has had tremendous success and will leave the game ranked in the top ten in numerous passing categories but he also knows what we know; you can’t beat Father Time.

And it sounds to me like he has no intention of trying.

Let’s Get Some Things Straight With Roethlisberger and Retirement was last modified: May 25th, 2017 by Steeldad
#steelersBen RoethlisbergerJim KellyJohn ElwayPittsburgh Steelers

[…] I’m giving some perspective on Ben Roethlisberger and retirement. […]