SCB Steelers Quick Hitters: The ‘We’ve Seen This Before’ Edition 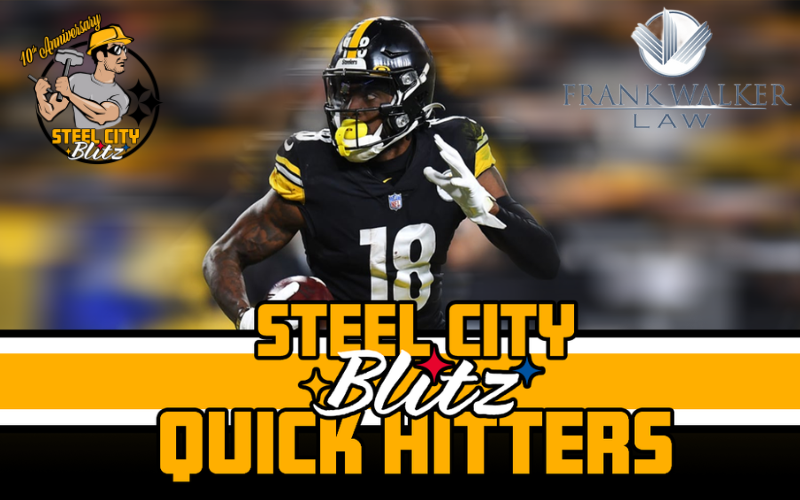 I think we can all agree that Benny Snell did a terrific job on Monday night. With Najee Harris out with an injury suffered in the first half and Jaylen Warren not even dressed due to injury, Snell stepped up. He delivered 62 yards on 12 carries and added a touchdown. You may also agree that we’ve seen this before. What I mean is that we’ve seen Snell have really good performances only to rapidly drop off in games that followed. Part of is success Monday was no doubt due to having ‘fresh legs.’ His energy and enthusiasm were noticeable throughout the second half. But there’s a reason he doesn’t play as  much as he used to and it has more to do than just the emergence of Warren. Snell is not a good pass protector and opposing defenses have shown the ability to slow him down. He lacks the dynamic ability to cut and make guys miss and he isn’t exactly a bulldozer either. This is in no way meant to disparage Snell – he’s a terrific special teams’ player and solid reserve – but he’s not going to be the answer as a long-term starter should Harris be out an extended period of time. That leads me to…

Injury Thoughts… Spillane had a back issue last week and an oblique problem now so I’m not sure what to expect from him this week… Witherspoon still not practicing is a sign that he may not see the field again this year. The injury has nagged him all season… Warren believes he will play this week which would be a huge boost.

Tweet of the Day… Always enjoy these stories. NFL does a lot of stupid things but this is really cool.

When our players take the field on Sunday, they will be representing causes closest to their hearts. #MyCauseMyCleats

If you’ve seen the famous movie ‘Planes, Trains and Automobiles’ then you may recognize the title as Steve Martin and John Candy went down the freeway in the wrong direction. This phrase has come to mind when watching Diontae Johnson lately. It’s not that we don’t see what DJ is trying to do, which is create space and gain more yards, but in the last two weeks specifically it just isn’t working. Twice now, he’s tried to do too much and it has cost the offense first downs. Not a big deal you may think but are you forgetting just how bad this offense can be? Gaining a yard or two to convert is no easy task for Matt Canada’s crew. I’m going to assume that Mike Tomlin has had some conversations with Johnson. I think we all appreciate the effort but in most cases he needs to just get his yards and be satisfied with that.

We’ll be recording episode 296 of the SCB Steelers Podcast presented by DEK Roofing Inc tonight. We’ll have thoughts on the Monday Night win in Indy, the latest player evaluations and look ahead to the Falcons. Those things and as always, MUCH MORE!

SCB Steelers Podcast 296 – A Step in the Right Direction