Day 2 of the draft begins tonight at 7pm on ESPN and NFL Network.

I’m not crazy about the Pittsburgh Steelers’ selection of Wisconsin linebacker T.J. Watt. Just as I thought last year, Artie Burns was a head-scratcher which now I admit was a fine selection, I’m perplexed with the choice of Watt. First of all, I think he will be an incredibly hard-worker and a high-character guy and in time could become a very good player. He has very good straight-line speed for a guy his size and plays with that ‘motor’ you want to hear about.

The issue for me (and you can read his Draft Journal here) is that I don’t see him making a major impact this season. Being a “contributor” isn’t what I expect from a first round draft pick. Is that expecting too much? Maybe it is but that’s how I see things especially when your franchise QB’s window is closing. I do not like how Watt sets the edge which is one of the key traits needed by an edge player. He is too inconsistent and often gets beat to the outside which just can’t happen.

Watt has also had knee issues, some of which have been severe. He missed all of 2014 and spring practice before being able to play in 2015. Some of reports have used the work “chronic” which to me is a major red flag. Look no further than what chronic knee injuries did to Cortez Allen. At this stage, many prospects have probably suffered some type of injury but when we are talking about the knee and a frame like Watt’s, I have serious concerns.

While the Steelers did exactly Ben Anderson thought they would do in drafting him, Watt was not a first round pick in our opinion. There were other options, especially at cornerback and safety (and not to mention Reuben Foster) available. Should he avoid injuries, Watt will have a good Steelers’ career. It just isn’t a pick I thought should have been made here but that doesn’t mean I won’t be cheering for him.

Chris Garman has a great write up on potential targets for the Steelers in Day 2.

If I’m a Bears’ fan today, I’m seriously considering a long walk off a short pier into Lake Michigan.

Bengals reached on John Ross… Browns, and I can’t believe I’m saying it, had a pretty good first round. Peppers pick is a little dicey but I love Njoku and Garrett of course. I love the Ravens taking Marlon Humphrey. He gives up a ton of yards per catch.

Enjoy the rest of the draft and have a great weekend Steeler Nation! 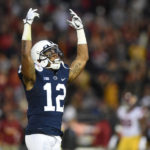 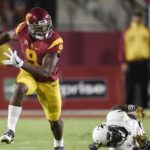 Browns had an Awesome first rd and Peppers has the potential to terrorize the Steelers on Special teams like Josh Cribbs use to do.
I like Watt, in my opinion the Steelers could of traded back with Browns or SF.