More than ever before teams in the National Football League are making trades. Even the Steelers pulled off a trade during the season! The trade deadline is fast approaching and there are people wondering if the Steelers will be players. With no first and no third round selection in the 2020 Draft, I don’t see the Steelers being overly active. One name you may here is Artie Burns. A team desperate for secondary help (Philadelphia perhaps?) may be willing to trade a middle round selection for him. Knowing they aren’t bringing him back next year, why not get something for him? The Steelers could use some help though especially on the defensive line with Stephon Tuitt our for the season. An outside linebacker may also be a possibility if Anthony Chickillo is not available due to his recent legal problems. If we’ve learned anything it’s that the Steelers haven’t exactly acted in their usual way this season. Whether or not that continues may be decided this week.

People are going to naturally compare this to James Harrison and/or Cedric Wilson. Every situation is unique and this is no different. Wilson had already had one strike against him when he walked into a bar and smacked a woman in front of dozens of witnesses. He was released fairly quickly. James Harrison’s issues were arguably more aggressive but we must also remember that this is a business. Wilson was cut because he was expendable. Harrison was kept because he was one of the top defensive players in the NFL. It’s the same reason why Kareem Hunt is getting another chance in Cleveland. If you can still perform at a high level then you’ve got opportunities. Based on what I’ve read and have been told, Chickillo is on very thin ice here with the Steelers. People will try to justify that his girlfriend struck him first but as we know that doesn’t matter nor should it. I looked at the the football side of this yesterday.

Tweet of the Day… Everyone got to Mel’s on Halloween!!!

Scratch that, the costume really isn’t even necessary. Come to my door on Halloween, say trick or treat, and you get candy.

In this house we don’t deny candy to anyone

Both Steven Nelson and James Washington returned to practice yesterday. In all fairness, Artie Burns did a very serviceable job in replacing Nelson in Los Angeles. That said, Nelson has played very well since coming over from the Chiefs in the offseason and it will be good to have him back. Washington’s presence is welcome too. Where he fits back into the wide receiver rotation will be interesting as some believe Donte Moncrief is going to get more snaps now that his finger is healed. Also of note is Mason Rudolph returning to practice. He admitted he has no memory of the hit that knocked him out cold. That might be a good thing.

The Honest Take on the Ravens

Like most of you I despise the Baltimore Ravens. I hate the color purple with a passion. In fact I hate purple so much that I refuse to use anything that is purple. We have a collection of binder clips at home that are all purple. I NEVER use them and my wife understands why. That said, what the Ravens are doing so far this season is impressive. They’ve taken a guy that I still don’t believe is a good passer and have found a workable offensive model that fits him. Many other teams try to make guys fir their system and the Ravens did the opposite. Their defense is also coming together after some rocky games early. It isn’t Ravens’ defenses of old but it’s getting better. There’s nothing wrong with giving respect to the enemy. They deserve it. 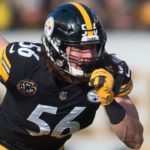