The Pittsburgh Penguins opened their defense of the Stanley Cup last night with a crushing 7-0 defeat of the rival Flyers. As great as that was, Pittsburgh Steelers’ Linebacker Ryan Shazier looked super as he led the crowd in the “Let’s Go Pens” chant to start the game. He did this with great enthusiasm and most importantly, while standing on his own. We know that he’s been making great progress but it is still fantastic to see him in this fashion. Check out the video right here.

With the Steelers releasing their Preseason schedule yesterday I took a “food-like” approach to rolling it out.

The Steel City Blitz Podcast presented by 26shirts.com/Pittsburgh records tonight. We’ll be starting our first, in-depth look at the Draft.

The NFL Draft is two weeks from tonight!!!

This is pretty funny. @mwhiteburgh seeing if Alexa can understand Pittsburghese: https://t.co/BmpBL9tV1i

The fact that the Cincinnati Bengals, a team that enables Vontaze Burfict and Adam Jones, decided to question Eric Reid about his National Anthem protests is a complete freaking joke. As I’ve said, I don’t like guys choosing to kneel during the Anthem but I respect their right to do so 100%. But comparing this guy to Burfict and Jones???

From Uncle Gerry’s Chat over at Post-Gazette.com.

John Strange: What would be your prediction for the Steeler’s record this year? Closer to 13-3 like last year or closer to 7-9 which would be Tomlin’s first losing season? 10-6 would be straight down the middle.
Gerry Dulac: They are good enough to make another run at 13-3 again, especially if they can solidify the defense a little more…and stay away from key injuries. But, I will tell you this, Mike Tomlin will be under a lot more pressure from the fans and his critics this year. Last year, he was coming off an AFC title game appearance and tied for best record in the NFL, and yet people howled. After an early exit from the postseason at home in 2017, nothing short of a 16-0 regular season and a Super Bowl appearance will suffice in 2018 for those who already want to see him fired.

This is a pretty solid answer from Mr. Dulac. Although going 16-0 and just an appearance in the Super Bowl would not go over well. Ask the fans in New England… More to the point though, Tomlin is definitely under more fire in 2018 than in previous seasons. I would even argue he’s under the gun more than after the back-to-back 8-8 seasons. 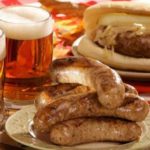 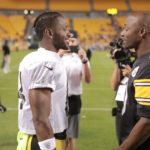