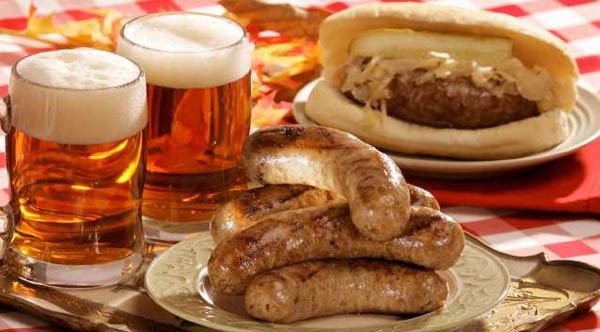 If you took the Pittsburgh Steelers preseason schedule and looked at it in the form of food you’d actually have some pretty good eats. The Steelers will open the 2018 Preseason on the road for their first two games and then finish up at home in the final two.

To start, they’ll visit the defending Super Bowl Champion Philadelphia Eagles where the cheesesteaks will be ridiculously plentiful. How you like your cheesesteak is a whole other matter. In week two, the Black and Gold head to Green Bay where the grills will be filled with bratwurst and the Miller Lite’s will be flowing. Perhaps the best thing about this is that it won’t be snowing and in the 20’s.

After those first two road trips the Steelers will finish the preseason with back-to-back home games where pierogies and Iron City’s will be available in mass quantities. First come the Tennessee Titans in week three where former Steeler Mike Vrabel is the new head coach. This is also your typical “dress rehearsal” game where the starters (on most occasions) will see the most playing time.

Five days later, the preseason finale features the Carolina Panthers. If that sounds a bit too familiar it should because it’s been this way for over 15 straight seasons. Perhaps Mike Tomlin and Kevin Colbert enjoy Carolina BBQ?

In all honesty, the food may be the most exciting part of the Steelers’ Preseason. There is little hope that Le’Veon Bell will even be in Training Camp let alone play in a preseason game. Both Ben Roethlisberger and Antonio Brown saw very limited time last year and I have every expectation that this trend will continue.

For the football geeks like me, it’s still football and a chance to see some of the new and young players. And it’s also an opportunity to stuff our pie holes with tailgate-type food. Doesn’t sound so bad to me.

Steelers Preseason Week 1: What to Watch...

[…] With the Steelers releasing their Preseason schedule yesterday I took a “food-like” approach to rolling it out. […]