Good Friday to you Steelers’ fans and I hope that you are safe and well.

No team likes to bring guys home quite like the Pittsburgh Steelers. Part of this is simply because so many great players come out of Western Pennsylvania but for the most part, the Steelers love having these guys on the roster period. Enter Stefen Wisniewski, the former Penn State star who comes back to blister the Steelers’ offensive line. At 30 years old, Wisniewski has tremendous veteran experience at both center and guard and has won a Super Bowl in two of the last three seasons (Eagles/Chiefs). In fact he started 11 games and each postseason game for Kansas City last year. I do not believe this changes anything for the Steelers in terms of draft prep. I believe they still need to add a potential starter at left guard or right tackle depending on what they want to do with Matt Feiler. What Wisniewski does is provide instant depth on the interior and also brings with him high character and a strong presence that has been weakened with the retirement of Ramon Foster. This is a solid signing.

We’ve seen this coming for some time now but if the Rams releasing Todd Gurley doesn’t convince you I don’t know what will. Gurley is just 25 years old and has already become expendable. It appears he’ll sign a one-year deal with Atlanta but here’s the thing. The NFL used to be a league built around its running backs. As the passing game has become much more featured in the game, paying large amounts of money to backs just isn’t wise any longer. Look no further than the 49ers and Chiefs who used running backs who didn’t exactly come out of college with first round status. As Steelers’ fans we should be grateful that Le’Veon Bell never signed that huge contract offer he was given.

Many fans across the country believe that the Patriots should have an asterisk next to their names due to Spygate, Deflategate, etc. I’m here to propose that Tom Brady should also have an asterisk anytime he uses the term “TB12.” I say this because as we all know there is an original ‘TB12’ and his name is Terry Bradshaw. Yes, I’m dead serious.

As part of my unwanted coronavirus recess I’m simulating a season of Madden 20 each day. Our Steelers finished 9-7 and out of the playoffs. The MVP was Lamar Jackson and Super Bowl 55 saw the Chiefs defeat the Lions 24-17. You read that right… I said “Lions.”

In what seems like it’s become a rite of passage, the Steelers have re-signed safety and special teams’ player Jordan Dangerfield. The Steelers are dangerously thin at safety and I believe they will draft one and perhaps sign one in free agency. If those players perform well then Danger may be cut.

The total number of cases in the US continues to grow at an alarming rate. Please continue to do the things we need to do get rid of this freaking nightmare which has made a complete mess of all of our lives. I swear if this interrupts the NFL season…. 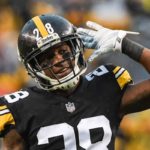