Good Thursday to you Black and Gold Fans!

We’ve been saying it for months here at SCB and apparently we weren’t the only ones thinking it. The Steelers have problems in their secondary and it’s no longer just who is the slot cornerback. With Ross Cockrell having a poor preseason and Cam Sutton and Senquez Golson both hurt, the Steelers addressed the issue with a trade. They sent center Lucas Crowley to Washington in exchange for corner Dashaun Phillips. In terms of “big trades,” this is hardly a ripple on a still pond but it does indicate there are problems. I do not think this is the last move the Steelers make.

Ben Roethlisberger told the local media yesterday that he’s texted Le’Veon Bell a few times and has received no response. Several other Steelers have commented similarly.  This is something Bell will need to deal with when he finally arrives but much like Martavis Bryant, maturity seems to be an issue with Bell.

Veteran William Gay has had a rough preseason and that follows a rough AFC Title game. I think he’s in danger of being cut unless the team feels they could use him at free safety with Mike Mitchell still not 100%.

Tweet of the Day… We are more than happy to support Cam’s cause!

Proud to support @bgcwpa this season! Join me by pledging to support youth in Western Pa & get a new t-shirt, too!  https://t.co/7s8xjjIrz0 pic.twitter.com/8DoiDmiGDA

As the preseason winds down I think it would be wise to keep an eye on tight ends around the league. The Steelers’ depth is already quite thin and an injury would make the situation dangerous in my opinion.

Still plenty of time to get your fantasy football draft done and going over to Jerome Bettis’ Grille36 would be a great place to do it!

Antonio Brown is hosting his inaugural Women’s Football Clinic on October 24th. Check it out!

Both Mike Hilton and Coty Sensabaugh got first team reps yesterday and I don’t think this should be a surprise with the secondary in flux as I discussed above. Hilton is deserving of a roster spot based on what I’ve seen through camp and two preseason games so far. 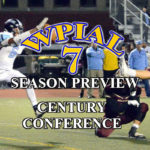 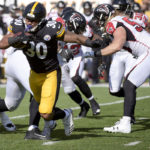