A week ago we were up to our shoulder pads in Antonio Brown drama. Today, the NFL focus has shifted thanks to the NFL Playoffs getting underway. What’s important to understand is that whatever happens with Brown is not going to occur overnight. The new league year officially begins on March 13th. Until then, we will hear many things. We will be told many things. And I caution that much of what we’ll hear and be told isn’t always going to be accurate. Let the Steelers deal with this over the next two months. For now it’s on the back burner until the season is over.

With Joey Porter out as the Steelers’ Outside Linebackers Coach there is some speculation that this could be the beginning of several other moves. But there are some who feel it may be the only move that will be made. Keith Butler has a year left on his contract and is in no hurry to resign. What could be happening is that the Steelers and Butler could be negotiating. Perhaps on a buyout? Perhaps on him going back to an assistant coaching position? My gut tells me more moves are coming.

Has Danny Smith Been fired yet?

Tweet of the Day… An incredible stat if I ever saw one.

ESPN’s Adam Schefter said Denver is an enticing spot for Mike Munchak because most of his family is there. That would certainly be a reason for Munch to take that job but he has to be offered the position first. Should he go, his loss would be significant. But… Shaun Sarrett has been Munchak’s assistant for several years and appears to be prepared should Munchak move on.

Really glad to announce Greg Forbes as a full-time writer and contributor to Steel City Blitz. We have a fairly difficult trial period and Greg came through with flying colors despite the fact he believes a hot dog is a sandwich. Please forgive his unusual words too. He’s from Scotland and I guess they don’t speak American… Here’s his latest piece!

I’m glad the Ravens are out of the playoffs but I don’t celebrate it like many others. They got there, we didn’t.  Now, we just need Dallas and New England to lose and I’ll be fine. 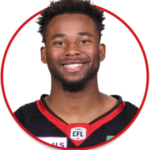