The National Football League is moving ahead (as of this writing) with the beginning of the 2020 League Year on schedule. By noon today all teams must have applied their Franchise Tags if they were going to do so and “legal tampering” for free agents begins. There is clearly some consternation as to whether the NFL should delay the League’s official start due to Covid-19 and I get that. I do however believe the NFL is doing the right thing here and this is why. As long as our nation isn’t under a total quarantine and domestic travel ban, there’s no reason free agents can’t visit with teams via calls and video conferencing. As far as potential draftees no longer being being allowed to make private workouts, I can see a situation where the NFL is forced to delay the Draft. Until that word comes down, things proceed as normal on Wednesday at 4pm Eastern.

The Pittsburgh Steelers have indeed placed the Franchise Tag on Outside Linebacker Bud Dupree. Keep in mind here there are options. As Kevin Colbert has stated, when the team uses this tag it is with the intent of signing the player to a long-term deal. I’m thinking a three to four-year deal is likely if Dupree agrees to what is offered.

Big Shield has roughly two hours to avoid making one of its biggest mistakes ever https://t.co/AeynXBbFgo

An Important Statement From Me

I’ve always believed that the truth is found somewhere in the middle. There are those that believe this virus is not being taken seriously enough and there are those who believe it has been completely overblown. My feeling is quite simple; you do what you have to do in times like these. I’m an educator when I’m not doing this and I’m now off work until April at the earliest. I’m not crazy about it either because I like what I do and I like my routine. What you can expect on the SCB side isn’t going to change. I still plan to do Quick Hitters each day and we’ll continue to crank out Prospect Profiles as well. Above all else, take care of yourselves and your families and eventually we’ll be back to some sense of normalcy.

In trying times like these it’s always good to laugh and the family of Steelers’ star T.J. Watt is giving us that opportunity. If you haven’t seen their Subway commercials yet then check them out. You won’t belly laugh but you’ll certainly smile at the image of these three guys stuffed in the backseat of a car.

Three Thoughts on Three Big Pieces of the CBA 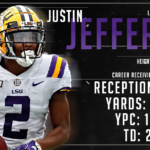 Stefen Wisniewski Excited to be a Part...