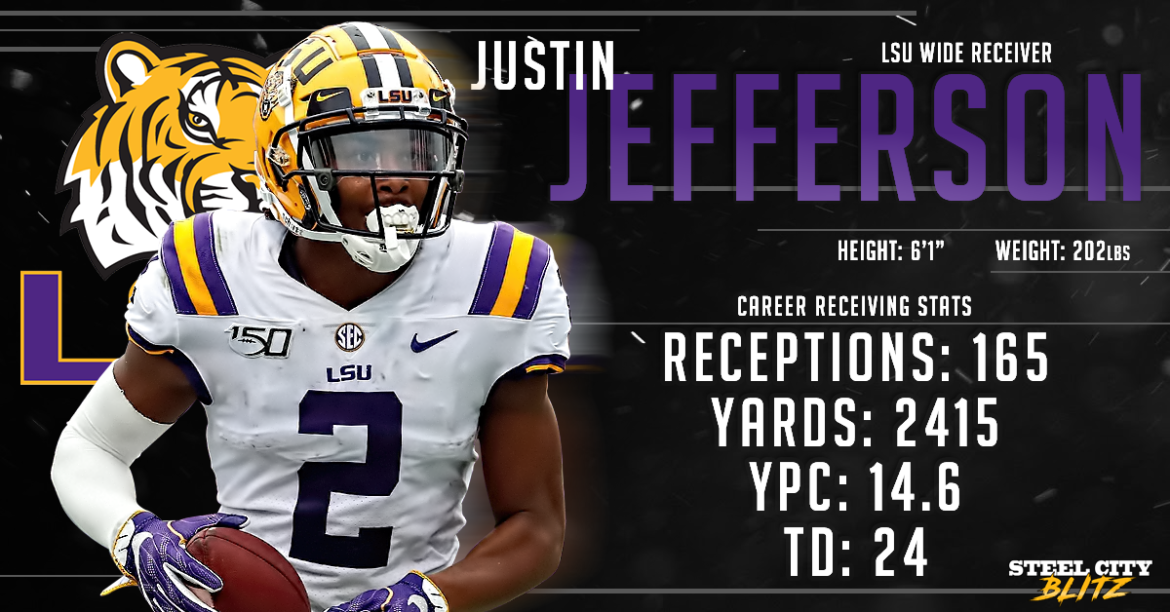 Our Prospect Profiles roll on with a look at our first wide receiver. This young man benefited from a Heisman Trophy-winning QB throwing him passes this past season.

Hometown kid from St. Rose, Louisiana. Just a 3-star football recruit coming out of high school with a background in track and field. 2 year starter at LSU and was a 2nd team all-SEC selection during his Junior year. Set CFB playoff records for receptions, receiving yards and touchdowns in the National Championship game against Clemson.

Route Running- Smooth. Understands how to vary tempo, will lull defenders to sleep. A nightmare to cover out of the slot. Possesses quick footwork to shake defenders in and out of breaks. Excelled on slants and “over” routes across the middle.

Hands- Contested catch ability is a plus and his body control is impressive. Shows plenty instances of late hands. Will be a QB’s best friend with his ability to compensate for inaccurate throws. Will make catches away from his body across the middle. Has a “my ball” attitude when it comes to jump balls.

YAC ability- Will fight through arm tackles for extra yards. Displayed some wicked jukes and dead legs as a ball carrier. Was utilized on swing passes and in the screen game in college. Good vision for a receiver.

Doesn’t play as fast as his 4.43 40 time. Lacking refinement against press coverage. Opts to not use his hands when facing longer, more aggressive corners. Would like to see more consistent physicality in his route running before the ball is in the air.

One of my favorite prospects in the entire draft class. Showed improvement year after year. The bigger the spotlight, the bigger Jefferson played. Should be an immediate impact slot receiver in year one but that is not necessarily a long term sentence for him. With some refinement against press coverage, there is hope that he could develop into an X receiver over time.