In what can only be called “unsurprising,” the NFL will not allow teams to hold Training Camps at off-campus sites. In other words, the Steelers will not be going to Latrobe and St. Vincent College. Their camp this year will be held at the Steelers’ facility ending a 53-year run at the small college. To say this is disappointing to fans is an understatement. One of the highlights of each season is families showing up to the Laurel Highlands on hot, summer days to enjoy seeing the Black and Gold prepare for the upcoming season. As I said, this news is not surprising. The covid-19 pandemic has touched every facet of our lives and this yet another one. It is my sincere hope that this is but a blip on our radar and that things can return to normal (whatever that means) in seasons to come.

We discussed recording a show this evening earlier in the week but to be very honest it doesn’t seem right. It would be very difficult to talk about our Steelers and not share some thoughts about things going on right now. You listen for Steelers’ news and opinions and that’s what we’ll be back with next week.

I think James Conner is raking the right approach heading into the final season of his rookie contract. He told ESPN’s Brooke Pryor that he’s not “playing for a contract or playing not to get hurt. I’m playing to win. That’s what it’s all about.” While some may say this is really the only approach Conner could have given his current stance is the right one. His next contract could be the biggest one he’ll get for the rest of his career. If he focuses too much on “staying healthy” or “not getting hurt” then the injury bug could return. If Conner’s preparation is an indication of a big season then I’m all for it. Once the season is over we can assess his future in Pittsburgh from there. 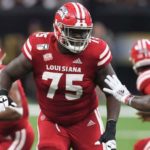