In recent days, there have been two surprising developments. JuJu Smith-Schuster returned for at least one season while Tyson Alualu is also returning. As stunning as JuJu being back is, the switcheroo by Alualu was even more so. Some of what occurred with big defensive lineman could only be boiled down to fate. He was off to Jacksonville for a second stint with the Jaguars but because of a positive Covid-19 case in his family, things changed. While the Steelers will still have some depth issues to address along the defensive front, Alualu’s presence is welcomed back with open arms. While few of us saw these developments happening, the conversation has now shifted to the financial aspects. Why? Because these two players both turned down more lucrative deals with other teams to return to Pittsburgh. I don’t know about you but I take two things from this. First, the Steelers are definitely getting more for less and secondly, does the decision by these two men prove that there isn’t a “culture problem” in the Steelers’ locker room? From JuJu dancing on logos to Chase Claypool being involved in a bar fight, fans and especially those who don’t care for Mike Tomlin have suggested that there is a major problem in the organization. My opinion on this is simple; it doesn’t prove anything one way or another. I say this because there are numerous ways to go with this but I’m going to just be glad they are back.

With me away on my fact-finding mission to South Florida, Ben ran the show with guests Ian and Ellie. They discussed the latest on the Steelers and much more. Check out Episode 214 of the SCB Steelers Podcast presented by DEK Roofing of South Florida.

You were the best and they'll never find something better.

Later this week it is expected that the NFL Owners will approve the addition of one more regular season game giving the league’s teams 17 games. This is expected to come with a reduction in preseason games from four to three. The one thing I believe this needed to have but will not is the addition of an extra BYE week. I think players would have much preferred that over anything else in this situation but as I type this it isn’t going to happen. The 16-game schedule was perfect and well-balanced… This is nothing more than a money grab by the owners. The 17th game unbalances things tremendously in my opinion and just doesn’t fit.

Today is going to be interesting. There are several locations I could see Mike Tomlin and Kevin Colbert visiting so let’s take a look.

Personally I expect to see them at North Carolina and perhaps even Duke depending on when those two events are held. They are just a short drive from each other. The Tar Heels feature running backs Michael Carter and Javonte Williams while Duke has EDGE rushers Victor Dimukeje and Chris Rumph. Both schools have other players of interest as well. But Miami could also be a spot for the Steelers’ Big Two. Tight End Brevin Jordan will garner attention as will several others. 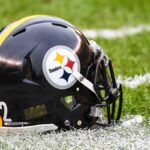 Reasons Why You Should Love the Pittsburgh Steelers 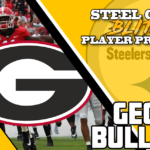