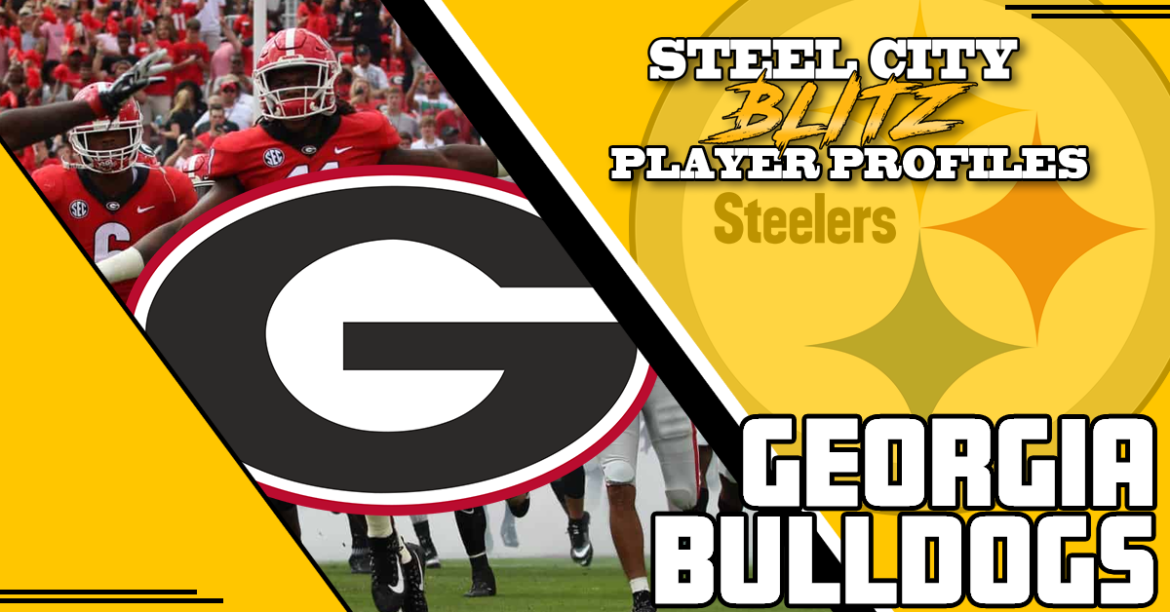 The collegiate Pro Day circuit is in full swing. Kevin Colbert and Mike Tomlin have been making their rounds to the premier schools to evaluate some of the top talent for this year’s NFL Draft. Recently, both Tomlin and Colbert appeared at Georgia’s Pro Day. The significance of this is that the last 10 first round draft picks by the Steelers all had both Tomlin and Colbert in attendance at their Pro Days. Additionally, Georgia finished ranked in the Top 10 in the AP Poll. In Kevin Colbert’s tenure, 16 of the 20 first round picks have come from schools that finished the year in the AP Top 25. Here is a look at the 11 prospects that took part in Georgia’s Pro Day, which has an extra importance this year with no Combine.

Oljuari played in a 3-4 defense at Georgia and excelled as a speed rusher off the outside. He recorded 5.5 sacks as a redshirt freshman and followed it up with 8.5 sacks and 12.5 tackles for loss in 2020. Oljuari is an athletic stud who has great explosiveness off the line and can close fast when he has a clear path to the ball. He does a very good job at slicing through gaps in the offensive line to find running backs in the backfield. Also, since Oljuari played in a 3-4 defense he does have some experience with dropping into coverage. He is a little undersized and can get overpowered against stronger lineman (this especially happened against Alabama’s Alex Leatherwood). Oljuari lacks power to take on bigger tackles straight on and can get caught flat-footed and thinking rather than attacking when facing an RPO offense. This is not a great edge rushing class and Oljuari has the athleticism and upside to potentially be taken in the first round.

Outside of the initial hesitation of the Steelers selecting a guy named “Cleveland,” he is a massive human being with some insane strength. He put up 30 reps on the 225-pound bench press at his Pro Day. His best fit may be inside at guard opposite a pulling guard. The Steelers already have an inside mauler in Kevin Dotson. Cleveland’s size helps him when he can just maul and overrun defenders. However, his hands need some work and his size works against his agility, making him a better straight-line blocker than a pulling guard. Cleveland may need a few years as a reserve before stepping into a starting lineup. NFL teams may also want him to work on his frame which could help his agility as well.

Daniel was mostly a backup in 2020 as he battled injury for most of the season. After taking a circuitous route to Georgia after attending junior college for two years, where he was one of the top junior college prospects in the nation.  He did attend the Senior Bowl to help boost his draft stock. He is best in press man situations where he can be physical with the receiver. As a junior he started 11 games and had 42 tackles and 8 passes defended. He does not have the elite long speed that Stokes or Campbell displayed at the Georgia Pro Day, and his change of direction can be a bit slow which leaves him susceptible to back-shoulder throws and quick cuts. Daniel is likely a late-round pick who could contribute on special teams immediately and potentially develop into a 3rd corner.

Stokes is flying up draft boards after posting a blazing 4.28 40-yard dash at Georgia’s Pro Day. He played all over the secondary for Georgia, rotating between being an outside corner and a slot corner. He is fast but is not a great tackler and needs some work in run support. He looks to be at his best in zone coverage when he can keep his eyes on the quarterback and use his speed to close quickly. That said, he certainly has the speed to cover faster receivers in man coverage and to beat them to the spot to get to the ball. Against slower receivers, he can absolutely blanket them down the field and use his length to break up passes. In the past the Steelers have targeted defensive backs that have been productive college players, and Stokes did return two interceptions for touchdowns last season.

Herring played as a defensive end in Georgia’s 3-4 defensive scheme. He is likely best as a 5-tech/interior defensive lineman at the professional level. Herring is a bit too bulky to play on the edge but has very good hands and a strong base that could help him develop into an anchor on the inside. He doesn’t have great quickness but can chase plays laterally down the line. The biggest concern with Herring is that he tore his ACL during Senior Bowl practices. Players with recent injuries have been drafted before, but it puts his status for the 2021 season up in the air. In all likelihood, Herring projects as a rotational defensive lineman who may need a “redshirt” year on injured reserve in 2021 while his injury heals.

Webb was a wide receiver prospect from Archbishop Wood high school in Philadelphia who transitioned to being a defensive back at Georgia. He did not crack the starting lineup until his junior year and started a handful of games as a senior. He is a physical player with good size who lined up all over the defense for the Bulldogs. He might be best suited to a “dimebacker” type role where he can play in the middle of the defense and use his size and physicality to his advantage. This would also keep Webb in close quarters where he wouldn’t have to flip and run with a receiver, a trait that he struggled with at Georgia. Webb also has Ike Taylor-esque hands and dropped a few interceptions before finally pulling one down as a senior. Potentially, if the Steelers are looking for someone to play as a slot corner and fill the heavy blitzing role where Mike Hilton excelled, they could scoop up Webb at the tail end of the draft or in free agency. He certainly can be a special teams contributor early in his career.

Rice was a productive off-ball linebacker for Georgia who was a Butkus Award Finalist as a senior. Rice battled through injuries during his career – he missed 5 games with a knee injury as a sophomore and played through a foot injury as a senior. Rice is a downhill run defender who is very good at finding the ball in traffic. He is a capable zone defender that can see the lay developing in front of him and attack. He flies to the ball around the field but may not have the long speed to run with some of the elite tight ends or running backs down the field. Rice diagnoses and processes the play quickly from the inside and is a solid tackler when he gets to the ballcarrier. He is a very good communicator in the middle of the defense, and even if he only projects as a two-down linebacker in the pros, has a chance to be very productive based on his quick mental processing and play recognition. Rice should hear his name called in the middle of the draft, provided his foot injury checks out.

Projection: Mid rounds – Round 3 or 4

LeCounte has started in the Georgia secondary since his sophomore season. He led the team in tackles in his sophomore and junior seasons, including a career high 4 interceptions as a junior. His senior season was cut short due to injuries suffered in a vehicular accident (he was hit by multiple cars while riding a dirt bike). He recorded three interceptions in his shortened senior season. He certainly has a nose for the ball on the back end and isn’t afraid of contact given his history of leading the team in tackles. That said, his tackling form could use some work as guys slip out of his grasp. The biggest concern for LeCounte is his recovery from his November 2020 injuries. He did not need surgery and did participate in the Pro Day, but ran a relatively slow 4.78.

McKitty transferred from Florida State to Georgia for his senior season. He was a bit slowed by a preseason knee injury, but bounced back to have a decent season. He is not a massive receiving threat, but proved to be a capable blocker throughout his career. McKitty is at his best when running in a straight line down the seam, and there isn’t a lot of wiggle to his route-running. He is likely a late-round developmental type prospect. McKitty does flash some abilities as a receiver but is inconsistent at best.

Hill started his career at guard as a true freshman, starting four games, before sliding in to the center spot where he started throughout his sophomore and junior seasons. His junior year came to an early end when he opted to have surgery on both knees after he had meniscus tears in both knees. Hill has the versatility to be a swing lineman on the interior with experience at both the center and guard positions. He is strong at the point of attack and has some athleticism to pull and to get to the second level. Depending on his recovery from his knee surgeries may have some slight impact on his draft status. Overall, he is a prospect who can provide depth at multiple positions on the interior of the line and potentially develop into a future starter.

Campbell is a fast and athletic corner who absolutely flashes on tape for his closing speed in the open field. He took the field as a true freshman starter. The only games he has missed during his 3-year career at Georgia were due to a turf toe injury as a sophomore. He absolutely has the type of physical traits the Steelers have looked for in corners. He is fast, long, and athletic. He is still a bit raw but has the speed to burn that can help him develop into a very good NFL corner and match receivers stride for stride downfield. Campbell does not shy away from contact and is a willing tackler against the run – flying up the field to lay down the hammer. 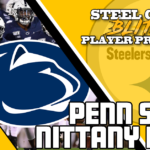