Good day to you Steelers’ Fans.

Last year the Pittsburgh Steelers chose to enter the 2018 season with absolutely zero experience behind Ben Roethlisberger. Arguments can be made that this decision may have cost the Steelers a win in Oakland and a playoff spot but we can’t re-write history. Kevin Colbert and Mike Tomlin felt confident enough with Josh Dobbs to be the primary backup despite having spent a third round pick on Mason Rudolph. This made sense from a position of “Dobbs knows the offense better than Rudolph.” That said, I believe it is more than fair to ask the following question. If Mason Rudolph isn’t the primary backup this season will his selection have been a bust? I’m of the opinion that if you’re going to spend a third round pick on a guy who you had listed as a first round talent then you damn well better have him in a position where he can play. This is in no way meant to disrespect Josh Dobbs. I think he’s gotten more out of himself than most of us thought possible because he just doesn’t possess the traits necessary to be a good NFL QB. This is much more about Rudolph. There is no longer a need to ‘bring him along slowly’ because he’s had the necessary time to learn the offense and know the personnel. This bears watching as OTAs and Training Camp unfolds this summer.

Here’s the very first of our ‘Mini-Podcasts’ previewing the Steelers and the NFL Draft. This one is on the Quarterbacks. As always thank you to our tremendous sponsors 26shirts.com/Pittsburgh.

Tweet of the Day… Just when you thought the drama had moved on in comes Rashard Mendenhall with one of the more ridiculous takes I’ve ever seen.

Alright, I’ll end the mystery… B’s racist and @AB84’s black. He had to catch balls from a racist quarterback. Every honest player knows it, it’s not a big deal. He was just supposed to take his lickings and move on, like a slave for real. https://t.co/ubI39UDauY

Do we really think guys like Maurkice Pouncey or Ramon Foster or Max Starks or Willie Colon would protect a guy if they knew he was a racist? Would Mike Tomlin coach a guy who was a racist? Ben isn’t perfect, none of us are, but this accusation by Mendenhall is self-serving garbage.

Apparently Mendenhall woke up from his stupor, saw what he said then tweeted this…. Stay away from drugs kids.

Clearly it’s no fun, when EVERYONE’s the accused…

Please allow the dialogue in sports to be equal. Why’s it so easy to shoot at one player, but not the other?

B’s not racist. Just like AB’s not a dirtbag.#letsbefair

Please make sure you’re staying up to date with our latest Draft information by clicking right here. From individual profiles to positional rankings and mock drafts we’ve got it all!

If you want to see what true leadership looks like then here’s a response from Ramon Foster.

PSA. Contact me or @MaurkicePouncey or anyone else that you feel comfortable with about anything else next time. I passed this through a few guys still in the locker room and they are ok with this. pic.twitter.com/4xBpm9JWZH 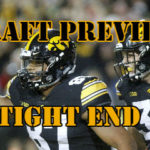 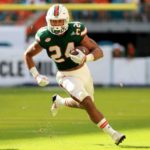