For a team that has “culture problems” and “needs change in the locker room” a lot of guys sure have come back to the Pittsburgh Steelers. Yesterday, Quarterback Josh Dobbs and Linebacker Vince Williams both signed one-year deals yesterday. They join guys like JuJu Smith-Schuster, Tyson Alualu, Zach Banner and a few others who have also returned. I am not naive; money is a big part of these decisions too but Williams is another who turned down more money to stay in Pittsburgh. Dobbs is Ben Roethlisberger’s ‘go-to’ guy when he comes off the sidelines and that’s important. He’ll likely compete with Dwayne Haskins but I don’t see the Steelers giving up on Haskins that quickly either so I think the QB situation just got really interesting in Pittsburgh. Williams’ return provides immediate depth and locker room leadership. There are no guarantees he makes the final roster but there aren’t too many other guys you want in there to rush the passer over the middle than Williams. Personally, I’m glad to see both of these guys back.

We discussed the significance of both Dobbs and Williams returning and then turned our attention to the defensive side of the ball. Who are the top prospects at each position? Who are the late round guys the Steelers could be targeting? We tackle those questions and much more on the SCB Steelers Podcast presented by DEK Roofing of South Florida.

Except it's @TeamJuJu @VinnyVidiVici98 @josh_dobbs1 @ZBNFL Cam Sutton & Tyson Alualu all coming back to rejoin Ben Roethlisberger in his final fight.

Clowney to the Brownies

Has any player benefited more from hitting a guy hard enough to pop his helmet off? Jadaveon Clowney’s legend grew when he did that to a Michigan running back in a bowl game. He went on to be the top pick in the Draft and to be honest, he’s never really lived up to the hype of what was expected. He’s been hurt a lot and his sack production hasn’t been anything close to what his overall talent suggests. This is a nice signing for Cleveland but this doesn’t keep me up at night.

Several NFL teams including the Niners put Ohio State QB Justin Fields through the paces yesterday in his second Pro Day. Unlike usual pro days, the NFL folks in attendance did more of the scripting here and from everything I’ve gathered Fields was terrific. Many still believe Mac Jones is the desired QB of the 49ers but don’t be surprised if Fields is the guy. Regardless, I don’t see him getting close to us that’s for sure. 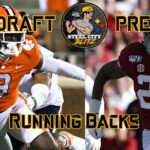 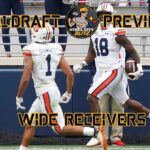