Perhaps it’s because my routine is off or maybe I’m just tired of the political nonsense from both sides or maybe it’s because I don’t understand why Steelers’ fans think signing certain players is so easy! Let me make some sense of things here… Perhaps the Madden video game is partly to blame. I’ve played it my entire life so I too know how ridiculously easy it is to trade a seventh round pick for three firsts! I also realize that you can manipulate the hell out of the salary cap and maybe that’s where the issues really are. Right now, the Steelers reportedly are about $10 million under the cap. Many fans see this as “hey! We can sign Jameis Winston now!” Uh, no. Consider the Steelers need some of that for their draft and rookie free agent class. They’ll also need some for a free agent or two and then some in reserve as the season begins. Typically, they like to have a few million in reserve for emergency situations. In other words, that money dries up quickly. But as it pertains to both Winston and Cam Newton it goes way further than money. You have to also consider ‘fit, style of play and locker room presence’ too. I don’t think either of those guys are bad people. You just have to look at what is going on and it’s starts with money.

As many of you know, Ian has done a tremendous job covering WPIAL High School Football. As newspapers continue to die the need for coverage grows and the attention Ian’s work received didn’t go unnoticed. This coming season, coronavirus be damned, Ian will be on it again and will likely have help too. Am I biased? Yep. But I have no problem telling you that few people know Western PA high school football quite like Ian. If you’re longing for coverage then this is the place.

Tweet of the Day… Herbstreit has his finger on the pulse of college football as much as anyone else does but this is a bit pre-mature in my opinion.

Kirk Herbstreit: "I'll be shocked if we have NFL football this fall, if we have college football. I'll be so surprised if that happens." https://t.co/CORhXXT708

I’ll be releasing my version 2.0 Mock Draft later today. With one week past the start of free agency things have definitely changed for the Steelers. Is EDGE rusher still a priority? Will they address the shortage of depth at linebacker? What about running back? Another receiver? I’ll let you know my thinking later today.

Teresa Varley at steelers.com has this really good article on new Steeler Stefen Wisniewski. There are very few players who can actually say that they’ll be able to play for their hometown team but Wisniewski is one of them. Most of us probably dreamed as kids just to be able to play pro football but playing for the team you idolized as a kid? Pretty damn cool in my opinion. 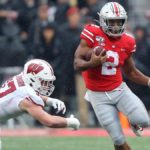