Lots of discussion amongst my crew and on social media about the Pittsburgh Steelers recently bringing in Alabama edge rusher Tim Williams. Williams has proven himself to be a fine player but he’s also failed multiple drug tests. The Steelers have shown the same type of interest in Williams as they did in Randy Gregory, the troubled Dallas Cowboy from Nebraska who can’t get out of his own way. I do not see the Steelers drafting Williams especially after what Martavis Bryant has put the organization through. Should they take Williams and his drug issues persist? Then it’s open season on Kevin Colbert and the Steelers.

A recent poll had Ben Roethlisberger listed as the eighth best quarterback in the league. These rankings, like all rankings in my opinion, are subjective and nothing more than fodder for discussion and getting clicks. In other words, this is another ridiculous poll.

Mean Joe Greene has been in the news a lot recently with his new book coming out and his latest comments about the Steelers. I don’t have any issue with his thoughts as they relate to the team. It isn’t the first time he or other former Steelers have voiced concerns about the ‘celebrating’ or ‘showboating.’ It isn’t how these guys played the game and it isn’t how they feel the game should be played. It’s a different world now and not everyone adapts to it well, myself included.

To my "close friend" who commented in this article, Ed can't tell me who you are because of confidentiality rules, but can you call me? Lol https://t.co/03Yt3vsLN1

I know a lot of Steelers’ fans are very high on Obi Melifonwu and rightfully so, he’s an athletic freak who jumps off the tape, but is he the right pick at #30? This current Steelers’ team needs help on the edge and at corner. If you are telling me that Obi jumps right in and replaces Mike Mitchell then I can see that but what are the odds of that happening? If they choose him and he plays primarily in dime packages, has that been worth a first round pick? This is part of why every draft isn’t just about the year ahead, it’s also about the years to come. Stranger things have happened but I don’t see him being a Steeler.

If Wayne Gallman were a better pass blocker I’d be all over him to the Steelers in the middle rounds. He does everything else pretty well but being able to pass block is an absolute must.

The most fascinating part of this draft to me is to see how it plays out with cornerbacks and edge rushers. If there’s an early run on pass rushers does that motivate the Steelers to look at other positions? If cornerbacks and QBs for example go quickly and there are plenty of edge guys available? Who do the Steelers choose? It’s what makes the draft so intriguing for me. 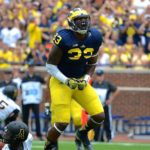 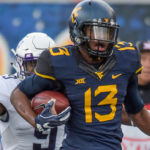 I like Williams but only the value. I just feel you would be getting a top 10 pick at 30. And with the way this draft looks to me you just can’t pass it up. Maybe I’m seeing things in my old age but I see a Greg Lloyd clone.