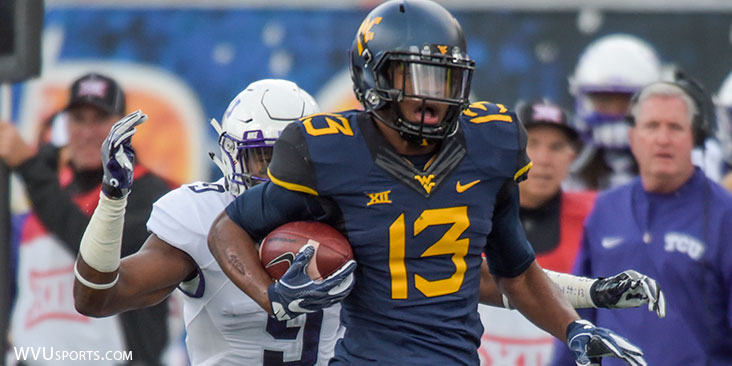 The Pittsburgh Steelers are in need of help at the cornerback position and they may find that help right in their backyard. CB Rasul Douglas of West Virginia led the nation with eight interceptions in 2016 and hopes that means good things for his pro future.

What’s to Like: Douglas has excellent size… Very good ball skills; always seems to be in the right place at the right time… Able to play in both man and zone coverage but seems better suited to zone… Baits QB into throwing in his direction which usually leads to success for him… Reads things very well from zone perspective… Closes on the ball quicker than you’d imagine… Long arms and better hand usage than most college CBs.

What’s Concerning: Lacks aggressiveness you want in a boundary corner… Doesn’t get off blocks well at all… Lacks interest in plays going away from him… Settles for arm tackles way too often… Man skills are OK, but I have serious doubts about his ability to cover quick receivers especially when they get past him… Poor forty time at the combine won’t help; speed to recover and chase down ball carriers is lacking.

The Verdict: Because of his size, many will see Douglas moving to safety at some point. I don’t agree because your safeties have to be more aggressive and have to be better tacklers. Hard to ignore his uncanny ability to create and gather turnovers; that isn’t something you can teach. He wasn’t heavily recruited out of high school and spent time in Junior College ranks which isn’t a major problem but can he learn the Steelers’ sophisticated defense? Personally I don’t see him going until the third round or later. Size and strength are impressive but I can’t see Keith Butler and Mike Tomlin putting him on a boundary with his poor tackling skills.