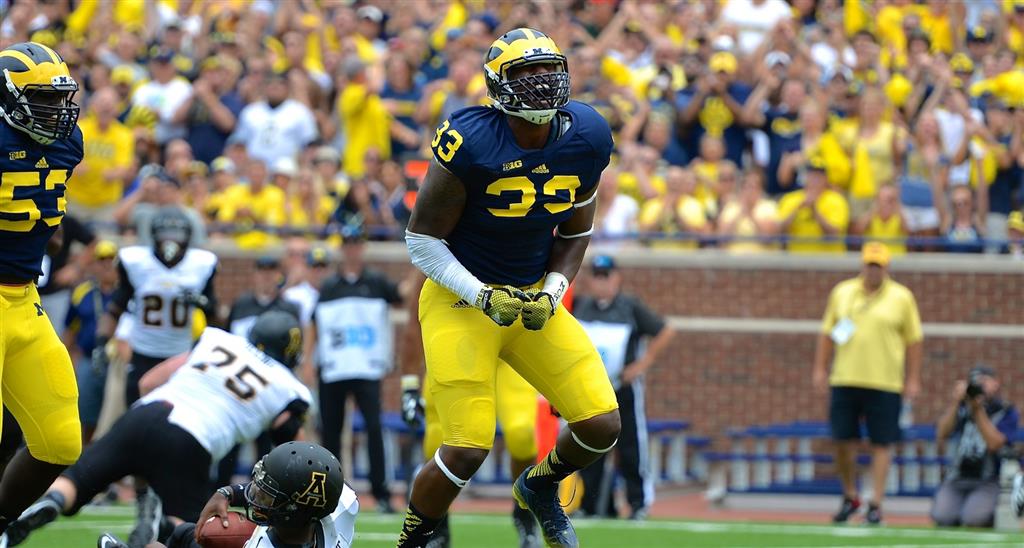 I’ve decided to take a break from updating my mock draft because I’m officially reaching that point where I start a mock, and then can’t even get 2 picks in before I’m changing my mind about what I think will happen.

Instead, I’m going completely with what I want, Kevin Colbert be damned. In this scenario I’m working off of merely what I think is best for the team, and in this situation I’m assuming the guy I like falls to the spot I want to pick him at. It’s unrealistic, but a refreshing exercise in imagining my best case scenario.

1. Taco Charlton, Edge, Michigan
The Steelers have talked with Charlton but I’m not convinced they’re willing to pull the trigger on a guy that’s so out of the “classic Steelers edge rusher” style, but in my opinion they need to. The scheme has evolved and the guys they put on the edge need to evolve with it. In the Steelers’ go-to scheme, a 2-4-5 alignment, the outside linebacker are lined up against offensive tackles with no Aaron Smith’s or Brett Keisel’s in front of them to take on blockers. I think the team is a little too transfixed on versatility and the ability to drop into coverage. I say take a guy like Charlton who can set the edge and rush the passer and live with the fact he’s not going to cover very well. James Harrison still works in this defense because he’s a 265 pound weight room freak, but if you’re expecting to find another 92, good luck with that.

2. Fabian Moreau, CB, UCLA
If Moreau didn’t suffer a pec injury at his pro day, he’d likely be an early 2nd round pick, that I wouldn’t have hated at pick 30 for the Steelers. The Steelers would be getting great value here, on a guy with an extremely high ceiling. The former running back hasn’t played the position long but has the makings of a future lockdown man cornerback. He, like Taco, would be a pretty big jump from the type of scheme fits we normally see but if Tomlin is serious about finding a press-man cornerback Moreau would be a great pick here. Also, unlike Sidney Jones, I think we could reasonably expect to see Moreau get worked in around mid-season and maybe even starting by the time the playoffs roll around.

3. Josh Reynolds, WR, Texas A&M
This is a pick I don’t expect to see. I think the Steelers are happy with the receiver group, assuming Martavis Bryant returns, but I like Reynolds too much to pass up here. Watching Reynolds, I immidiately was reminded a lot of Chad Johnson. He’s a very long wiry athlete, that probably needs to bulk up a little bit, but right now he’d be just fine as a field stretcher for Big Ben. Reynolds isn’t another Sammie Coates though, Reynolds does a fantastic job of tracking the ball in the air and getting his hands on it and brings in poorly thrown balls with ease pretty regularly. In that way, I also see a little bit of Mike Evans in his game.

3. Marcus Maye, S, Florida
I originally had Josh Jones out of NC State here, but after an impressive combine I wouldn’t be shocked if the Steelers grabbed the Mike Mitchell clone at the end of round 2. Maye feels like a pipe dream at this spot also, but honestly somebody has to drop. Maye has some work to do in coverage but is a very efficient run stopper. While he may one day replace Mike Mitchell at safety, I’m more interested in getting him on the field early as a pass-down specialist, replacing Vince Williams. With solid depth at the inside linebacker position, I think that the team is going to look to in the box safeties for passing downs instead of a more versatile linebacker.

4. Jamaal Williams, RB, BYU
Every time I watch this kid on tape I can’t help but like him more and more. He didn’t test well at the combine, and he isn’t as flashy as some of the names being mentioned to go early in this draft… but Williams is just a baller. Probably his best asset is the way he punishes defenders and keeps always keeps his feet moving. As a runner, he has impressive vision and while he doesn’t make cuts that drop your jaw, he has some subtle wiggle between the tackles that gets him extra yardage consistently. Without and truly great athletic traits, he may never be a superstar, but if LeVeon Bell were injured or left in free agency, Williams is absolutely a capable chain mover. I see a poor man’s Frank Gore.

5. Michael Roberts, TE, Toledo
The tight end position for me in this draft is really tough for me to decide what I want. One one hand, the Steelers could grab a stud at the position late in the 1st or 2nd round like a Njoku or Engram. If they waited, a guy like Jake Butt in the mid-rounds feels like a perfect fit. Butt would be an early pick if he were healthy, and the Steelers can afford to wait on him because they have a solid group right now with Greene and James. However, in this case, I’m building the defense early and waiting for a late-round option that I’m still a big fan of in Roberts. Roberts was a blocking TE for most of his career but broke out late with 16 Touchdowns last season. Roberts could come in an produce right away, instantly making the offense better in the redzone.

6. Jerod Evans, QB, Virginia Tech
I ultimately think the Steelers will not select a Quarterback in this draft. In this case though, I’m looking for a long-term replacement for Landry Jones, not for Big Ben. Evans is a guy that undoubetdly came out too early and is not at all ready for the NFL game. He does have an impressive skillset though. I also personally like having a backup with some mobility, because if he does have to come in a game, that element helps keep a defense on their toes for something they don’t prepare for when scouting Ben.

7. Ejuan Price, OLB, Pittsburgh
I don’t see Price dropping this far, but I do think he’s going to take a tumble. I’m throwing him in here because every year there’s someone like this. Remember when we were talking about Jeremy Cash last season as a possible 2nd round pick, and he went undrafted? Price has a number of things that could drop him too; he’s got injury red flags, he’s short, he tested out very poorly, he’s stiff, and he’s old (24 years old). I’m only piling on, because I feel like I need to explain before I get the comments that there’s no way he falls this far. So what’s the good? Price does have some short area quickness, and is just a saavy football player that lived in the backfield in college. Price’s squatty frame and (in this scenario) newly created chip on his shoulder would make him a perfect understudy to James Harrison. 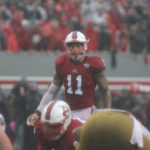