There isn’t much left that hasn’t already been said about Le’Veon Bell and the Steelers being unable to reach a long-term contract extension. That’s never stopped me from talking before and it won’t know. From my perspective, Bell is a Hall of Fame talent who deserves to be the highest paid running back in pro football. He does not however deserve to be paid what he thinks he should and that’s why the Steelers front office literally laughed at his agent’s proposal.

Bell and his agent should have taken the Steelers offer and ran away as fast they could have. Reportedly, it was an offer over $12 million per year and possibly $30 million paid out in the first two years. Now comes the question of whether Bell will holdout of Training Camp. I believe he will and I’m fine with it. I don’t like the way it looks, but it gives Knile Davis and James Conner valuable reps in the offense. It also keeps Bell healthy.

Lastly, I do not harbor any belief that Bell will be in Pittsburgh in 2018. Yes, the team could tag him again or they could reach a deal after the Super Bowl but I think Bell is about money. Not championships, but money and this will price him out of town. His little “I guess I need to get better” dig on social media was further proof of his lack of maturity. It’s a shame. I will support him with everything I have in 2017 but beyond that? I guess I’ll just wave to wait and see. Finally.

Tweet of the Day… Amazing how thin Aaron Smith is.

ICYMI we did an abbreviated Steel City Blitz Podcast on Monday night to wrap up the Le’Veon Bell saga. As always we are presented by 26shirts.com/Pittsburgh.

It’s been widely suspected that Alejandro Villanueva will holdout from Camp and while he has that right he also holds no cards compared to what the Steelers have. As an Exclusive Rights Free Agent, Villanueva has two options. Either he signs the contract which will pay him $615,000 for 2017 or he doesn’t play. It’s really that simple.

Many of us have heard that the Steelers like Jerald Hawkins a lot and that’s great but he’s also a relative unknown. Keep in mind he missed a significant portion of the season following just 2 and a half weeks of camp. My gut tells me that their true feelings about him will help dictate what happens with Villanueva.

If you don’t follow James Harrison on social media you should for one reason; dannyball. This is a form of volleyball using a medicine ball and watching Deebo and three others play it is quite extraordinary.

Players report a week from tomorrow!! 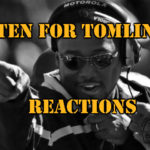