Well… Well… Well… Have you seen all that drama going on in Green Bay, Wisconsin? It’s nothing I really want to gloat about because I honestly don’t care but I cannot let this go from one particular angle. That angle being “will the media jump on this the way they did on things in Pittsburgh?” If you haven’t seen, Bleacher Report did a thorough investigation of just what led to the demise of the Packers and the ultimate firing of Head Coach Mike McCarthy. What has emerged are two factions; one that calls Aaron Rodgers into question and one the does the same for McCarthy. But as I said, I really don’t care. What I care about is how NFL Network and ESPN choose to cover this. Both networks went far out of their way to make Ben Roethlisberger the villain and lay most of the blame for Antonio Brown and Le’Veon Bell leaving at his feet. As we’ve said at SCB many times, Big Ben is not without some culpability, but nowhere near the extent it was painted. Ironically, Rodgers has been viewed as something of an infallible person and QB by the national sports media. How will that change now? Will it at all? Already one of the more critical voices of Roethlisberger on NFLN has contradicted himself in defending Rodgers. I’m just glad our time in the spotlight is over and it has moved on to some other NFL city. I wish it didn’t have to exist at all but I’m not that naive…

Tweet of the Day… In reference to what I mentioned above.

James Jones had no problem w/ guys taking gripes about a QB to the media a month ago.
Now he's taking a stand about how players should take it up with the guy that they have a gripe w/ & NOT take it to the media?
Some guys can only stand on principle when it strikes close to home https://t.co/F4fjASNFgQ

We are cranking out our Steelers’ Draft Profiles on a daily basis. You can keep up with all of them right here and I do believe Cnic is publishing his latest Mock Draft later today too.

With all of the talk of the Steelers trading up to get one of those top two linebackers have we considered they may in fact trade down? If you’re a ‘draft person’ then you’ve probably looked at several mock drafts and have tried to determine the direction the Steelers would go if Devin Bush and Devin White are both unattainable. Most people assume that with ten picks already the Steelers wouldn’t dream of trading down thereby adding more picks but that’s short-sighted. Imagine the Steelers trading back into the mid 20’s and collecting a few more picks. What that means is they could have enough ammunition to trade up twice in later rounds. While I am not predicting this to happen, we cannot completely dismiss it based strictly on the fact that the Steelers might not be in love with a player available to them at 20.

OK I guess I’ll hop on the bandwagon. The NY Jets new uniforms are… not good? They look like mid-major college football program or as some have said, like a team from the Canadian Football League. Not sure why the Jets needed new unis anyway. 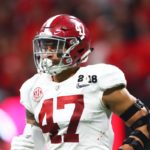 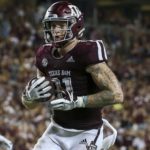