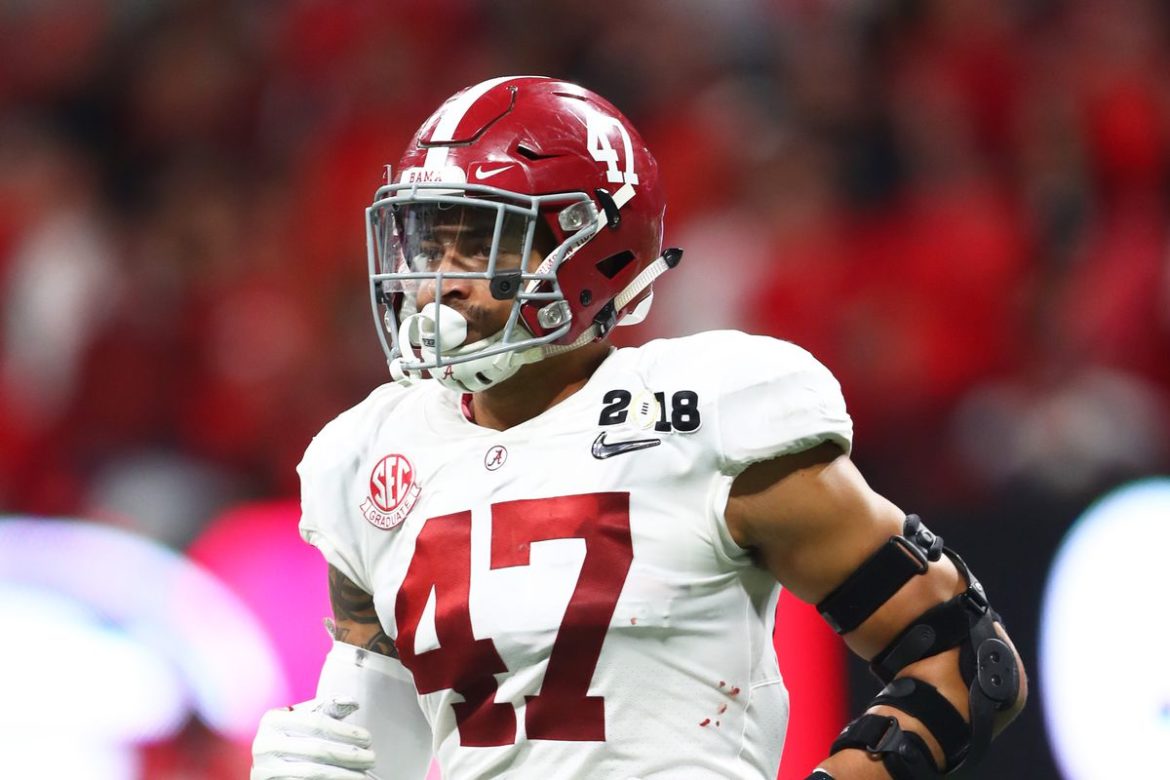 Every NFL Draft contains guys that are mysterious and Alabama EDGE rusher Christian Miller is one of those guys. He wasn’t an every down player but still collected a bunch of sacks. Could this mystery man be headed to the Steelers?

Father Corey played for Panthers and Vikings in the NFL (92-99)… Was rated #1 player in the state of South Carolina… Did not play in the National Title Game due to hamstring injury.

Tremendous length and wingspan… Versatile defender who can line up with a hand in the dirt, in a two-point stance, on either end of the defensive line and also plays middle linebacker in passing/prevent defense situations… Above average athlete… drops into zone coverage fairly well and understands zone principles… Highly productive numbers for such limited action in 2018… One of your classic ‘high potential’ guys.

Very limited pass rush moves… Was not a pass rush threat against top competition… Struggles to get through or around offensive tackles on pass rush… Long, skinny legs do not give him a lot of power… Limited body of work for a RS Senior… Can get body turned too easily at the line of scrimmage vs the run/Just doesn’t possess the body type to “hold the line”… Speed is decent but lacks that final burst to the quarterback… Injury history is a concern.

I honestly am a bit perplexed with Miller. There are so many things to like about this guy but I just don’t know what he will be capable of at the NFL level. For starters I’m not sure what he’ll offer on special teams so that could limit his opportunities. He’s going to have to get stronger and develop a bigger array of pass rush moves which could happen with proper coaching. I kind of view Miller as a luxury pick for a team. I’m concerned about his ability to set the edge and be more consistent against the run but he could also develop into one heck of a pass rush specialist. He’s got decent bend on the edge despite his long legs. I keep coming back to the fact that he seems to have tons of potential yet wasn’t an ‘everyday guy’ for the Tide. Don’t be surprised if someone reaches early on him but I don’t believe it should be the Steelers.