The Pittsburgh Steelers are in a team in crisis. Whether it’s Bud Dupree or Antonio Brown or more excuses about “poor communication” in the secondary, this team is a mess. Head Coach Mike Tomlin will sit down today for his weekly press conference. What should be a very uncomfortable situation likely won’t be. Steelers’ Beat Writers are in difficult positions because if they really go for the throat they risk losing access. At the same time, there are some really fair questions that will be asked but Tomlin will deflect using cliches and vague language. In other words, I don’t expect to gain much in the way of knowledge from today’s presser but that’s pretty much the standard anyway.

Speaking of Dupree, his comments about Patrick Mahomes (from Jeremy Fowler) are quite puzzling. Here’s the tweet and the comments.

Steelers thought they were ready for Pat Mahomes, but he was better at the line of scrimmage than most young quarterbacks, according to Bud Dupree: pic.twitter.com/BqnOL1ELs4

When Dick LeBeau was the Defensive Coordinator he had an excellent record against rookie or young QBs. I get the feeling the Steelers rested on those laurels. Dupree almost comes off as saying the team really wasn’t prepared because they didn’t think Mahomes capable. In my mind, this points right back to that question many of us have had about preparation. Or in this case, the lack thereof.

For the first time in my life I’m actually concerned about the future of football. The flag on Clay Matthews this past weekend was just awful and if those are called routinely I honestly don’t know why teams will bother with defense any longer. Case in point… Scoring is up significantly vs the same period last year. Every possible advantage is given to the offense now.

New Week, New Mindset! Another opportunity to prove ourselves?? #SteelerNation

One thing I get very frustrated by as it pertains to the Steelers (and life in general) is this idea of ‘absolutes.’ People were very quick to either defend Antonio Brown with 100% of their being or take him to task with the same type of conviction. Why can’t there be a middle ground? I totally respect AB’s commitment to his craft. Few players work as hard as he does and few players are as disciplined with their diet and overall approach than he is. But I can also say I think he’s more interested in his own stats than he is in winning. See how that works?

Going to watch the All-22 today. I’ll share some thoughts on it but look for Ben Anderson to have a much bigger breakdown.

If I’ve learned anything about the NFL schedule it’s that it rarely looks anything like it did before the season started. Look at the teams that are currently 2-0. I’m sure all of us had those nailed right? Furthermore, would it really surprise any of us if the Steelers ended up winning some games that right now we don’t think they have a prayer of winning? That’s today’s NFL. 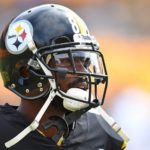