Everything was going along too damn well wasn’t it? Through three weeks of the NFL season, the Covid-19 virus had been a non-factor. That all changed yesterday and the impacts are immediate. The Tennessee Titans, our Steelers’ next opponent, reported eight positive cases. Three are players and five are coaches or team personnel. Tennessee placed three players on the Covid/Injured List and they are DL DaQuan Jones,long snapper Beau Brinkley and TE Tommy Hudson from the Practice Squad. The Titans have been forced to close their facility until Saturday which will put them at a competitive disadvantage for sure. However, the NFL will likely not move this game and as of right now they are moving forward with it at 1pm on Sunday.

With the news coming from Nashville, Mike Tomlin’s presser was pushed back to 6pm last night. While the Steeelrs are pretty healthy overall, there are now three names to be aware of on the injury list. Derek Watt is almost 100% out for the game with a hamstring issue and Marcus Allen is dealing with plantar fasciitis. He has a slightly better chance of playing than does Watt but Tomlin didn’t go any further. Lastly, Diontae Johnson remains in concussion protocol. The next couple of days will reveal his fate for Sunday.

Tweet of the Day… This one is four us older people.

That debate was the worst thing I've ever seen & I was in The Star Wars Holiday Special.

The NFL is VERY concerned with competitive balance and is very unlikely to cancel or re-schedule this game. Is Tennessee at a competitive disadvantage as I stated above? Absolutely they are. They can’t practice and can only communicate through Zoom type meetings. I don’t think you’ll hear Mike Vrabel give any excuses any more than Mike Tomlin would in this situation. EVERY team knew going into this season what the possibilities were trying to play games in a pandemic. I do not think this will be the last time we deal with it either.

While Mike Hilton is having a terrific season, I’m not sure I can say the same for Joe Haden and Steven Nelson. Oh you’ll see all the Pro Football Focus hype about how well they are doing and if you believe everything they put out that’s totally your call. The truth of the matter is that both aren’t yet up to the standards they showed last season. There are too many balls being caught downfield and when they are isolated one-on-one there are some struggles. Mind you, this is being a bit ‘nit-picky’ but it’s something that has stood out to me.

We’ll be recording our latest episode of the Steel City Blitz Steelers Podcast presented by DEK Roofing Inc tonight. Our plan is to cover the game from Sunday, look at the potential impacts the Titans are facing and look ahead to what the Steelers have to do to stay unbeaten in 2020. 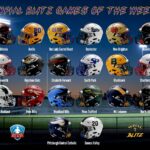