The NFL Combine is now winding down but there’s an awful lot to digest as their typically is. Imagine being 6’7″ 357 lbs and running a 5.1 forty… That’s what Louisville OT Mekhi Beckton did. Despite tweaking a hamstring and not performing in other drills, Beckton shot up draft boards with his ridiculous time. The running backs were mostly as advertised with guys like D’Andre Swift, A.J. Dillon and Jonathan Taylor all helping their respective stock. One other guy, who the Steelers met with early on, was Florida State RB Cam Akers. He displayed speed and agility above what was anticipated. Dayton TE Adam Trautman wasn’t great in the 40 with a 4.8 but he was really good in field drills leading all tight ends with a three-cone time of 6.78. With needs at numerous positions, the Steelers met with and saw plenty of options as they start to narrow down their targets for the Draft.

Our Latest From DC4L Custom Tees!

Help us celebrate the Hall of Famer Donnie Shell with this shirt! This is an image of one of the biggest hits the great Earl Campbell ever took! 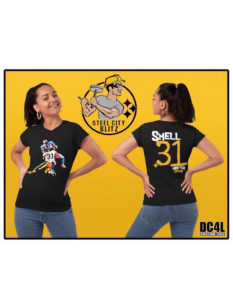 This past Thursday was the first day that NFL teams could place the Franchise Tag on their players and at the time of this writing the Steelers have yet to do anything with Bud Dupree. They still have a couple of weeks but I have to imagine that the longer it takes the more it tells me that they are struggling to to get all of the contract ducks if you will, in a row. For all of the talk about the number of free agent quarterbacks out there the number of good pass rushers seems to be quite high as well. Are the Steelers simply waiting to see how things with other teams shake out? That’s entirely possible and we’ve already seen Tampa Bay and Jacksonville start addressing their guys. Stay tuned.

There has been a lot to ponder in the new XFL in terms of what innovations they’ve brought to the game but one I don’t want to see in the NFL is the open mics on the sideline. I don’t like the in-game interviews either and here’s why. Yesterday we saw players on the Dallas team openly screaming to get Landry Jones out of there at QB. We’ve also seen a guy like Matt McGloin openly question the coaching staff and his fellow players in one of these impromptu interviews. While these may be ‘must-see’ TV for fans I don’t see anything positive coming out of this for teams. All that is being created is friction and that leads to even worse play in my opinion. That kind of stuff needs to be confined to the locker room and not for our consumption. 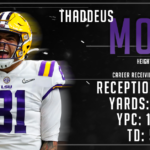 It’s Time for the Drama Engulfing the...

The combine was and still is wasting time with drills that really don’t translate over to the game. 3 cone, touch catches, lolly popping balls to LBers, Players like Brady, Farve, Marino, Mahomes, Warner,Donnie Shell and Steve Largent not being drafted top 5. And then your going to trust the crew that came up with J. Russell , Carr, Jeff George, Couch , Mandarich, Charles Rodgers and Akili Smith. Stupid drills that don’t equate over to football combined with a crew that aren’t the sharpest pencils in the cup. Rest assured there are players on the bench on every team who are excellent. But they just aren’t very good at the Presidential award fitness fitness contest- see Jerry Rice