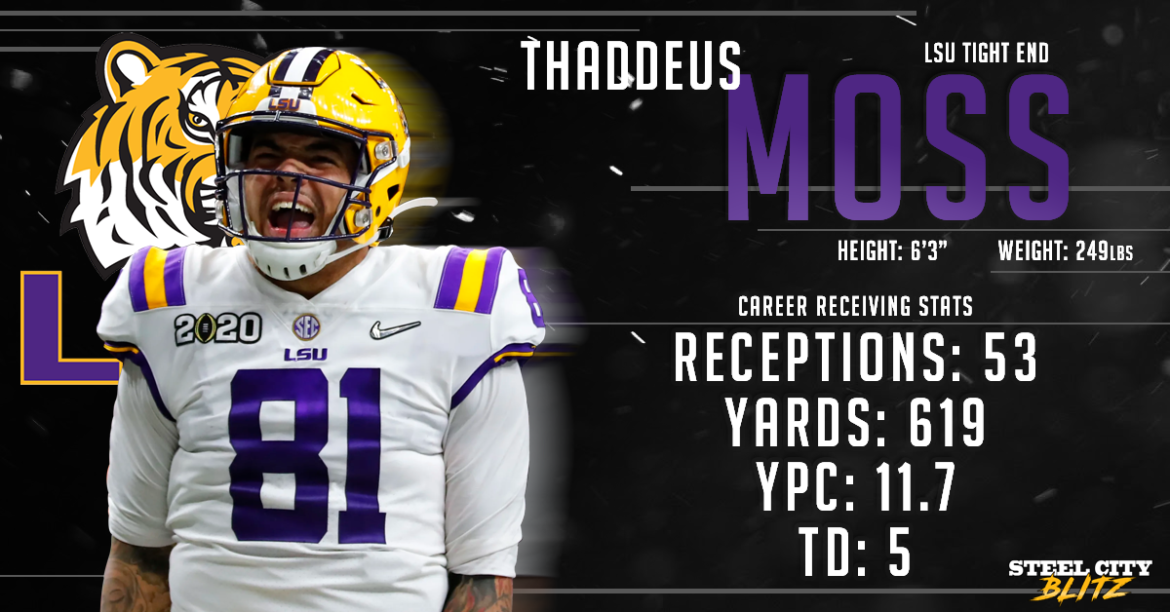 We continue our Draft Profiles with a look at another tight end. After profiling Notre Dame’s Cole Kmet, I turn my attention to a guy whose name is probably pretty familiar to you.

Key Combine Stats: Did Not Participate. UPDATE: Moss’ medical check at the Combine revealed a Jones Fracture in his foot. He is scheduled for surgery and it is not believed to impact his Draft status.

According to Lance Zierlien of NFL.com, Moss spent time in five high schools in four states… Originally signed with NC State before transferring and sitting at LSU in 2017… Played at Mallard Creek High School where he won a state title in senior season… A top 20 tight end coming out of high school nationally.

Hard to ignore the pedigree as he is the son of Hall of Fame WR Randy Moss… Much better blocker than given credit for and seems willing to do the ‘heavy lifting…’ I really like his hands/Can go low or high to make the catch… Knows how to turn his tail when in-line blocking… Effectively uses the cut block when needed… Dream for scrambling QBs/Knows where to sit down and get open… Speed isn’t great but it’s decent enough to gain yardage after a catch and he can be difficult to bring down for smaller DBs.

Has had some injury issues with his foot missing most of 2018 following surgery (and now another one)… Really only has the one season at LSU for experience as he played little in his freshman season for the Wolfpack, then sat out a year after transferring and dealt with the foot injury… Not nearly as athletic as I would have hoped… He has two speeds: The ball is coming my way and the ball isn’t coming my way… Doesn’t get out of his stance on the snap as quickly as I think he should.

The fanfare surrounding Moss was in large part due to his name but that’s not totally fair. He’s a good football player who will help contribute to some team in the NFL. I think he fits perfectly as an eventual number two tight end and he’ll contribute on several special teams’ units as well. I don’t think he’s going to terrify anyone as a big play threat but he’s going to block his tail off and move the sticks. Yes, the injury concern is valid (see above) but he stayed healthy in 2019 so there is hope that trend continues (until the issue was discovered at the Combine). My concern for him is that with this new injury other tight ends have a chance to jump over him in the Draft prep process.

Final Grade: Mid-Third Round to Mid-Fourth Round 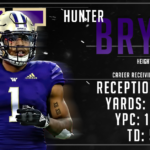 I think your grade is being too kind. I thought Moss had SERIOUS athleticism concerns before the combine, add in a surgery on top of that? I think 5th round at best.

That being said, I’d love him there. I see a rich man’s David Johnson (the Steelers one, not the running back). Would be a +++ blocker as a TE and also a guy you could put in the backfield. DJ didn’t have the hands/body control that Moss does.