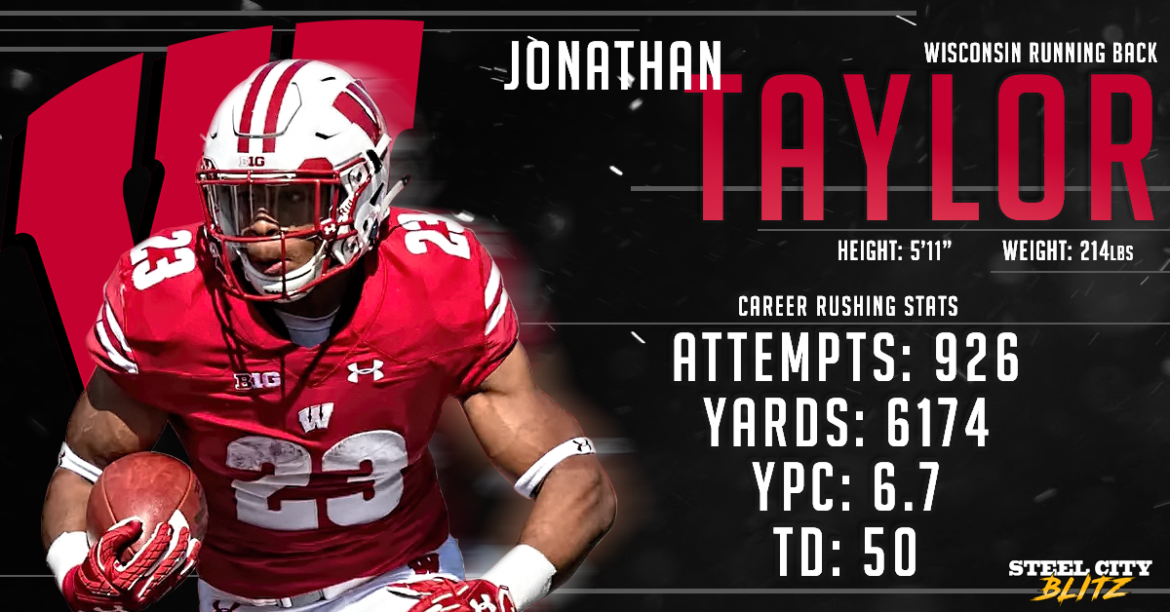 Our 2020 NFL Draft Player Profiles continue with running back Jonathan Taylor from Wisconsin. A physically demanding runner from ‘Running Back University’, the University of Wisconsin. With the lack of consistency at the RB position as well as the smooth transition of that position from the college game to the NFL, JT could be a home run pick if he lasts until #49.

A philosophy major at UofW, Taylor made history as a Badger. JT played in 41 games, starting 40 of them in Madison. He rushed for a total of 6,174 yards on 926 carries. He was the second player to reach 2,000 yards in two seperate seasons as well as the ONLY player to rush for 200 yards in 12 games as a collegiate RB. Among his numerous high school records at Salem HS, he was also an honor student and 4 star recruit. 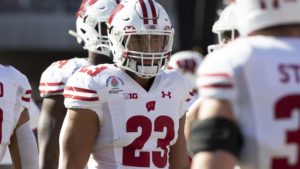 Jonathan Taylor plays the running back position better then anyone in this draft. I said it. I believe it. He has prototypical RB size and durability. He’s been record breaking with his production. In the setting sun of Le’Veon Bell’s shadow, JT’s a patient runner. He does not outrun his blockers. One of Wisconsin’s favorite scheme’s is the counter. Shown in the video clip. That counter can be seen on Sunday’s in Heinz field and has been for a while. He’s what coaches like to call a “forward leaner” meaning he finishes runs leaning forward and gaining a few extra yards at the end. He has tremendous balance and showed solid catching ability when called upon in that roll.

The worry for him is his fumble numbers. He has 15 fumbles in his college career. We all know the importance of the turnover ratio in the NFL game. His ball security needs to be addressed. The next highest worry on my mind is the grind he’s had on his body. He’s carried the football a lot over his HS and college career. He’s had a lot of body blows. The NFL career for running backs is not very long as it is, so hopefully Taylor can stay on top of his game.

When looking at Taylor’s incredible college career, you have to look and understand what he was facing each and every week. He was running into absolutely LOADED boxes. Each snap he got he was running into 8 to 9 defenders due to Wisconsin’s offense and their ability to run the football. He showed on multiple occasions the ability to bounce the ball outside when nothing is there as well as home run speed the Steelers haven’t seen in the backfield in quite a while. Honestly, what I like the most about Taylor in a Steelers uniform is his overall style and ability. Not to mention, his experience running in a pro style system. He’s a ready to go, 3 down runner. Point. Blank. If he’s there the Steelers should sprint the name to the podium! 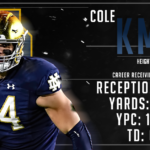 Absolutley as a 49 yr Steeler fan when they ha e top.defense,Qb top Rb they go to Super Bowls ,they do not have top Rb.