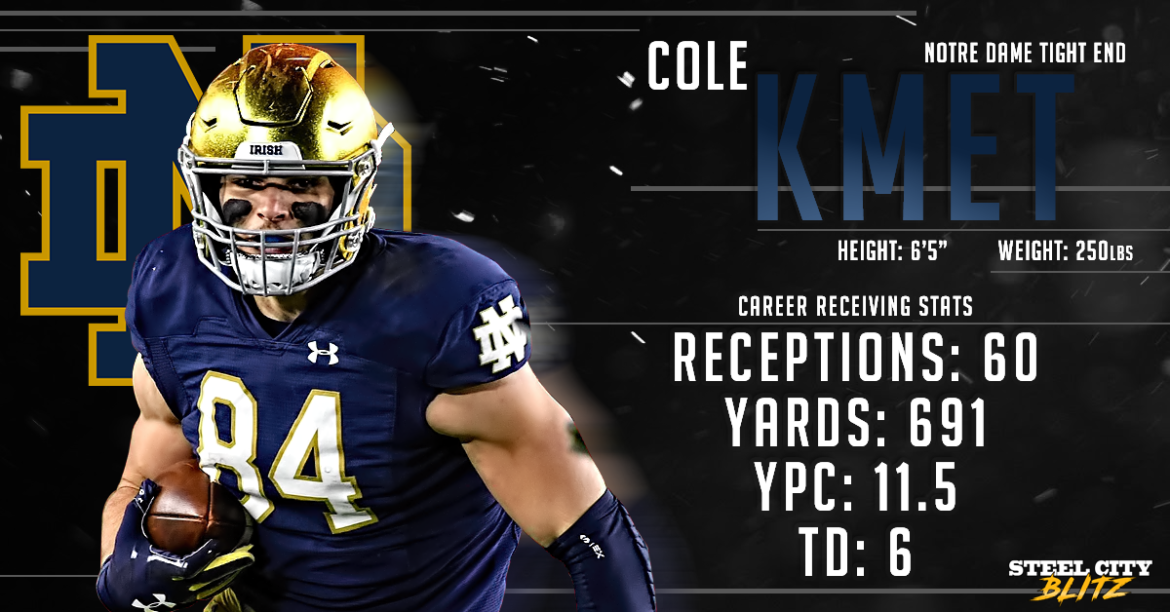 We begin our 2020 NFL Draft Player Profiles with tight end Cole Kmet from Notre Dame. With no first round selection this year the Steelers need to come up big with their 49th overall choice in the second round. Does Kmet fit that bill?

Went to South Bend as a dual-sport athlete serving as a relief pitcher on the Irish Baseball Team his freshman year… Focused on football in his Sophomore season… Psychology major at ND… Played in US Army All-American Bowl in San Antonio… Attended St. Viator High School.

Multi-function tight end who can line up at fullback, on the wing, in the slot or out wide… Better than average hands and will make catches in traffic… More than willing to block… Does a good job getting to the next level where he keeps up his intensity… Athleticism isn’t great but is above average and uses it to his advantage to get open downfield and run with the football… Was really impressed with his ability to take hits and keep going or bounce right back up.

I’m a little worried about his ability to get off tight coverage at the line of scrimmage… Kind of awkward when fitting into his blocks meaning he doesn’t always get hands and hips where they should be… Overall strength needs to improvement… If he has to block DBs, he’ll win. If he has to block DL/LBs then he is in for a struggle right now… Will often ‘double-clutch’ catches which can lead to drops when in traffic.

Overall, Kmet is the best tight end prospect coming out in this draft and the Steelers would have to be thrilled to find him still available in the second round. I do not believe he’s ready to be a first-team tight end in the traditional sense but there’s no reason not to have him on the field as a ‘move’ tight end who can do some good things from the slot or in motion. He’s very willing in terms of blocking which is good for long-term growth. Any team that currently has a stable starting tight end could easily add this guy for the present and future. 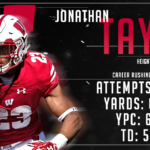