In this period of literally no news on our Black and Gold, it appears that some sites and fans have started a movement to get an extension for defensive lineman Cam Heyward. First of all, R-E-L-A-X… We have just entered the second week of June and the Steelers haven’t even signed their rookies yet. But let’s keep the focus on Heyward here. Heyward is entering the final year of a six-year contract and the idea that the Steelers wouldn’t re-sign him is preposterous. While the Steelers know full well this is a business and you don’t keep players for “sentimental reasons,” Kevin Colbert and company will make sure the former Buckeye remains and retires a Steeler. Last season, Heyward collected over 80 tackles and nine sacks. He did this without Stephon Tuitt next to him most of the season which makes it even more impressive. Now 31 years old, he has shown no signs of slowing down and is one of the more popular Steelers of the last decade. Let us consider that Javon Hargrave recently got $13 million per season from the Philadelphia Eagles so I believe it is safe to assume that Heyward will be in the $14-$15 million range. Personally I wouldn’t extend past the age of 35 but that’s just me. Again, this isn’t about ‘if’ the Steelers will extend Heyward, this is about ‘when.’

Tweet of the Day… This is a couple of days old but it’s still awesome. I always love watching players who’ve achieved their dreams of playing professional football give back to their parents.

James Conner surprised his dad with a new truck ?

I can’t believe I’m going here but I have to in light of the fact it will be an ongoing story in 2020. President Trump tweeted the following yesterday.

Could it be even remotely possible that in Roger Goodell’s rather interesting statement of peace and reconciliation, he was intimating that it would now be O.K. for the players to KNEEL, or not to stand, for the National Anthem, thereby disrespecting our Country & our Flag?

Last week, I wrote that this will not be a ‘normal’ NFL season in light of Roger Goodell’s supportive statement for blacks in the US and the NFL. We are going to see protests by players of all ethnicities and they will start from week one. Trump has often been accused of trying to divide our nation and that’s not for me to decide but a message line this does nothing to dissuade that accusation. While I think the NFL will be very interesting to watch in this capacity, I wonder what happens in college football, especially in the South where Trump has a lot of support yet coaches have come out in support of their players. Most of us do not want politics infused into our sports but those days are gone especially when the President puts himself into the fray.

A couple of weeks ago I tweeted out a question. I asked if Steelers’ fans still got nervous or anxious when they watch past Super Bowl games. I asked because I do. My stomach rumbles just thinking about them to be honest. It was no surprise that most people who answered the question admitted that they too still got “freaked out” despite already knowing the outcome. The term ‘fan’ is of course short for ‘fanatic’ so I guess I shouldn’t be surprised and nor should you. 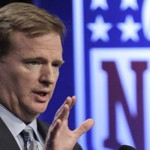