I remember the day when I saw what Alex Rodriguez was signing for in Texas. It was $252 million and that was in 2000. 20 years later, Chiefs’ quarterback Patrick Mahomes has agreed to a ten year deal that will pay him $500 million through 2031. If we do the math, he’s going to make roughly $3 million per game. Let’s examine the ramifications here. First, the NFL is a TV ratings monster and Mahomes was quite often one of the most watched players of the 2019 season. His team is relatively young so talk of a “dynasty” is more than fair. Second, if you’re Dak Prospect, you can forget it. He’s had a very nice career to this point but he’s not in the same stratosphere as Mahomes. I think his negotiations just got a lot simpler. Lastly, what everyone has to consider is that Mahomes is going to take up a decent amount of the team’s salary cap so the will have to make some tough decisions down the road. Don’t get me wrong, Kansas City made the correct move here but there will be headaches. As for we Steelers’ fans, the road to the Super Bowl runs through the Chiefs no for the foreseeable future.

They extended their previous contract?! https://t.co/fjU8Fb3rGa

When It’s No Longer Heinz

Many of you may not know this but the Heinz Company will no longer pay for the naming rights to Heinz Field after the 2021 season. Back when this was announced in 2019, speculation of course was rampant about who would slide in and pay for the naming rights. I’m still trying to wrap my head around the fact it won’t be Heinz Field. Some have suggested UPMC or Highmark could be the front runners for the sponsor. PNC already has the Pirates so it’s doubtful, not impossible but doubtful, it takes on the football rights. I am hopeful Heinz agrees to sponsor the Red Zone because that’s been a perfect staple since the stadium opened. In a perfect world, the name would be “Rooney Field” or “Noll Field” but those names don’t bring naming rights and more importantly, money. If you’re wondering about the entire place itself, I don’t see the team looking for a new facility yet despite other franchises in multiple sports building new shrines to replace existing ones that aren’t even that old. I’m just hoping for a name that has a ring to it. NOTE: In a recent article on theatheltic.com, reporters voted Heinz Field the tenth best stadium in the NFL. Paul Brown Stadium was voted the worst. LoL.

Something Else to Consider

We all have questions. We want to know how football is going to work in the current environment but one thing we have to keep in mind too is not just the guys on the field. As Ed Bouchette pointed out this week, Steelers’ Defensive Coordinator Keith Butler is 64 years old. While the virus appears to be attacking younger people of late, that doesn’t mean older coaches aren’t still affected. There are plenty of coaches league-wide who are the same age as Butler or older so this is something we have to consider as well. 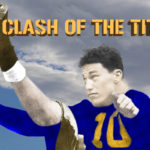