Well… In the back of your mind you just knew it was coming. Every time the Falcons’ offense left the field without a first down you could just feel the tide turning. In the end, Atlanta committed one of the biggest choke jobs in the history of North American professional sports and if you need  people to blame start with Kyle Shanahan, Dan Quinn and Matt Ryan. For a guy just named the MVP of the league, Matt Ryan took some horrible sacks and ultimately cost his team. He wasn’t helped by horrible clock management and an offensive coordinator that had a great first half then apparently forgot there was a second.

I don’t like Tom Brady. At all. But he’s the best to play the game at his position. Ya, that hurts to admit, but it’s true.

I’m convinced Robert Kraft sold his soul to someone.

I felt the wrath of the Cowboys’ fans yesterday on Twitter when I replied to the great Gil Brandt who commented on Jerry Jones going into the Hall of Fame. I asked “What did Jones do to deserve his selection?” The replies(besides the mean ones) were all about how he increased revenue, changed the entire way teams get new stadiums and also gained an increase in advertising dollars. While all important things for the league, what did Jones actually do for the game and for the players?

Before the Falcons’ offense left their defense hanging, the D was doing an excellent job against the Patriots. Not surprisingly they were using a lot of man to man coverage. Just as importantly though was the fact that Atlanta was getting pressure on Brady with just four guys. There is no question the defense was out of gas by the fourth quarter. Either way, I hope Mike Tomlin and Keith Butler paid attention. Granted the personnel was different but I’m still disturbed by the fact we didn’t try more man coverage.

if anything, Brady & White should've had Co-MVP … I don't think the Patriots win this game without either one of these players! great game

I expect the Steelers to announce some changes this week. I will be stunned if they retain the entire coaching staff.

My man Terry Bradshaw spent most of this season with his foot in his mouth. He rebounded nicely with his Tide commercial.

Very excited to announce the return of the SCB Podcast! We are using spreaker.com so yo can interact live with us via chat.

Football is now over. Easily the worst days of the year for me. Ugh. 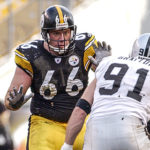 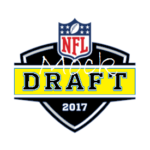 I will never admit that Brady is the best cause in reality I don’t see him as a great QB. Give me Montana or Favre or better yet give me Big Ben.