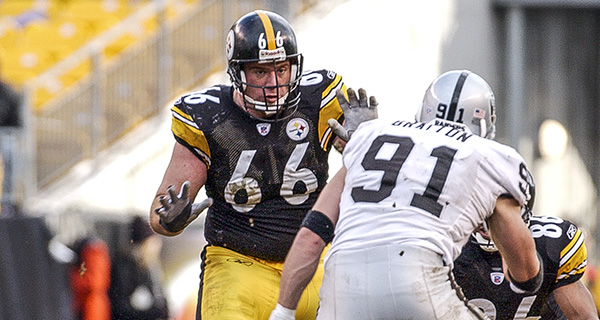 I’ve never been a fan of Hall of Fames in general because I find the process subjective and heavily biased. This year is no different as both Alan Faneca and Hines Ward were left out while some questionable players (just my opinion) got in.

The selection of Tomlinson was an easy one despite never playing in a Super Bowl. Kurt Warner’s case was largely cemented by three Super Bowl appearances which included an MVP and a season MVP as well. Andersen’s entry was also fine with me simply because of his overall performance especially from long distances.

One could easily argue that politics plays a huge part in this process. You’ll note that three of the main five players are all part of the NFL Network but since I believe two were worthy I’ll let it be.

Terrell Davis played a total of seven seasons and he likely owes his entry to the great Gayle Sayers who earned a Hall nod after the same amount of seasons. To me, longevity has to be part of the equation especially in football but voters felt otherwise.

The selection of Taylor strikes me as odd. He was a defensive player of the year once but he never struck me as a guy you “feared” if you were an opposing offense. He was a great player but I’m not sure he was Hall of Fame worthy.

I won’t even bother going into the choice to put Jerry Jones in the Hall of Fame. What has he done to make the league better?

Hines Ward will get the nod in time and I believe Alan Faneca will see enshrinement even sooner. The long-held belief that some Steelers don’t get in because so many Steelers already are in the Hall has merit in my opinion. This is yet another reason I’m not crazy about Hall of Fames in general.

I am going to give you my order of should be in Steelers from top to bottom, 1, Donnie Shell 2, LC Greenwood 3, Hines Ward 4, Jon Kolb 5,Alan Faneca 6, Greg Lloyd You could go on a little longer but you will have a hard time finding players better than these already in the Hall. Just my humble opinion.

Greg Lloyd is never getting in. As much as I loved the guy, he doesn’t have the stats and came up small in the only Super Bowl he ever played in. Couple that with his off field family drama and voters are inclined not to vote for him., That is probably why he’s never even been a semi-finalist.
Faneca has the best shot of the players you listed and will likely get in sometime in the next few years.
Kolb may get in, in my opinion deserves it, but it would have to come from the Senior Committee at this point for him to become a finalist.
Hines is a borderline HoFer and as difficult as it is for WRs to get in, I doubt that he ever will.
LC Greenwood and Donnie Shell are the most deserving of the remaining 70s Steelers and I believe both will eventually be enshrined. Again, Senior Committee. For the record, I do not think Kenny Easley is a HoFer. That was a head scratcher as far as I’m concerned.